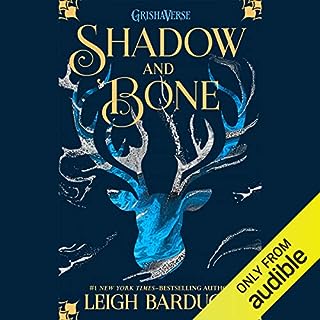 Surrounded by enemies, the once-great nation of Ravka has been torn in two by the Shadow Fold, a swath of near impenetrable darkness crawling with monsters who feast on human flesh. Now its fate may rest on the shoulders of one lonely refugee.

I started this book but then got bored with it and swapped to six of crows also by Leigh Bardugo which I fell in love with! After finishing the books in that set it made me determined to and wanting to read the other books in the Grisha series which lead me to finish this book, although reading six of crows first spoiled some things in this book for me it also helped compel me on as I wanted to find out how it ended up that way and started to enjoy the book much more once it got past the slow start. 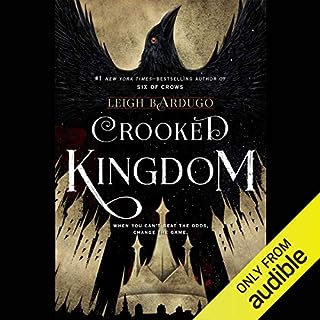 Kaz Brekker and his crew have just pulled off a heist so daring even they didn't think they'd survive. But instead of divvying up a fat reward, they're right back to fighting for their lives. Double-crossed and badly weakened, the crew is low on resources, allies, and hope. As powerful forces from around the world descend on Ketterdam to root out the secrets of the dangerous drug known as jurda parem, old rivals and new enemies emerge to challenge Kaz's cunning and test the team's fragile loyalties.

Couldn't have been a better ending to the books, wrapped everything up without feeling too much like that's all its purpose was. Left me satisfied with the ending but also knowing I'd enjoy a spinoff book or two which is the feeling you always want after finishing a book. Great book all round!