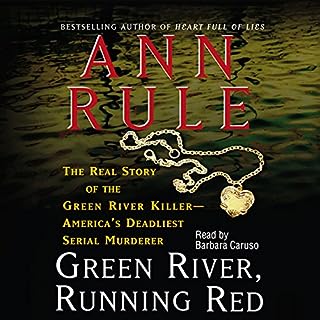 In the most extraordinary journey Ann Rule has ever undertaken, America's master of true crime has spent more than two decades researching the story of the Green River Killer, who murdered more than 49 young women. Green River, Running Red is a harrowing account of a modern monster, a killer who walked among us undetected. It is also the story of his quarry -- of who these young women were and who they might have become.

lots of info regarding families and the victims, sometimes hard to keep up with names but important as to be respectful of the victims and making them individuals and not just numbers