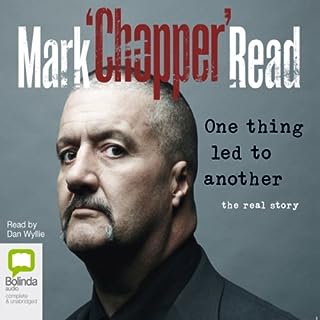 Never get too close to anyone, because you might have to kill them. Meet Mark ‘Chopper’ Read. You think you know him. His books have sold hundreds of thousands of copies in Australia. He's been the subject of an internationally successful film. His one-man shows have toured Australia to sell-out crowds. He's the most recognisable criminal brand name in Australia. But the truth is... you don't know him at all.

couldn't make it past the 3rd chapter. waste of time and money. blah blah blah