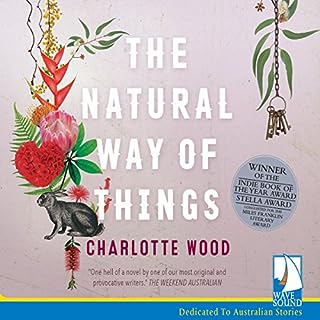 Two women awaken from a drugged sleep to find themselves imprisoned in an abandoned property in the middle of a desert. The Natural Way of Things is a gripping, starkly imaginative exploration of contemporary misogyny and corporate control and of what it means to hunt and be hunted. But most of all, it is the story of two friends, their sisterly love and courage.

struggled to start. took a number of attempts. i felt frustrated not to find out why they were taken and treated so badly??? i don't get it??? 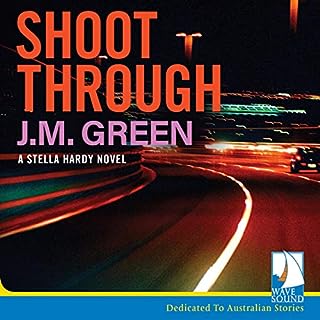 All Stella Hardy wants is a romantic country getaway with her artist boyfriend, Brophy. Instead, she must head to the Athol Goldwater Agricultural Prison (aka Arsehole Bogwater) to visit her jailbird brother, Ben. But Stella has barely set foot in the prison when a prisoner is found dead. Before she knows it, Stella finds herself tasked with investigating the suspicious death. Her old nemesis Minister for Justice Marcus Pugh is pressuring her to save his election-year bacon, and former gang member Percy Brash is providing a much more chilling form of pressure….

i enjoyed this book the most of the 3. i struggled with the narrator but overall good 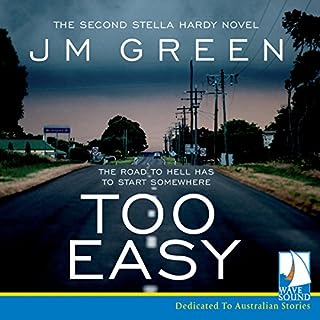 On a stormy night, Stella gets a call from her best friend, Detective Phuong Nguyen. Her lover is being falsely accused of police corruption, and the only person who can prove he's the only innocent cop in his unit has disappeared. It's up to Stella to find him and convince him to testify before it's too late.