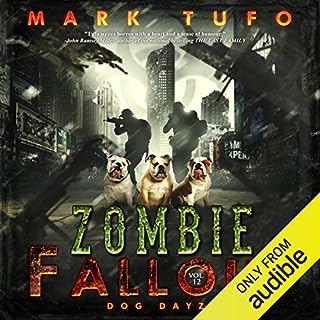 The Talbot clan has settled in to life at Etna Station. Mike has earned the rank of Lieutenant, but there’s no time to rest. Colonel Bennington has ordered Mike and his squad of misfits on a secretive mission to New York City, where they are tasked to complete a complicated rescue that rapidly becomes nearly impossible to accomplish. Cut off from all support, they face what may be the single most dangerous threat to all mankind as a super predator emerges from the rubble of the once vibrant city, now a broken shadow of its former self.

If you like suspense and love a good laugh, dive on in to Talbot's world! 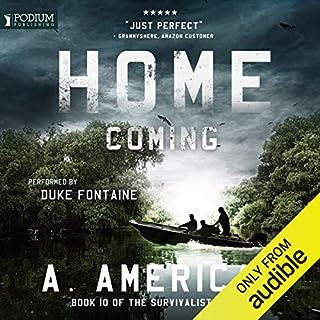 It’s been a long hard ride for Morgan and everyone. Just when things were starting to look up, the park was attacked, and they lost Bobbie. Danny’s physical wounds were nothing like the emotional loss of Bobbie. It was hard on Mel as well, and the rest of the group also felt the loss. With the attacks on the community becoming a greater threat, they must be dealt with. These attacks must end. But what can the group do against an army with artillery?

another great book by A. American! I recommend all of his books to anyone, always! 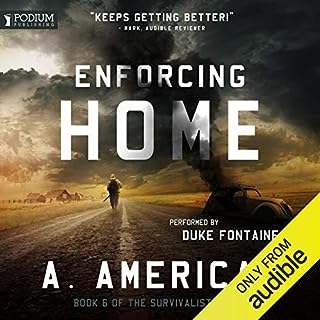 Morgan has managed to get through a lot. Having made it back to his family and dealt with the issues of unscrupulous neighbors, he then had to deal with the presence of the federal government and their nefarious activities. But with the help of his close-knit group he prevailed. Life is settling into a familiar routine. And with the help of the US Army, they are starting to rebuild their community. But just when Morgan thinks things are assuming some kind of normal, another surprise lands in his lap.

that was an intense ride from start to finish. 11/10 would listen to again .