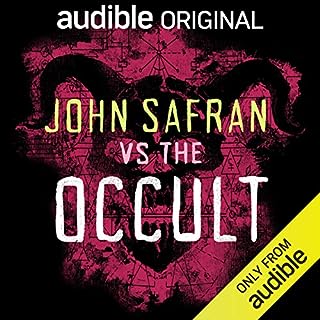 John Safran has fallen in with the wrong crowd, again. He has spent months among sorcerers, satanists, and exorcists and he's spilling the beans in a new podcast. Forget gentle white witches and tarot card readers. John packs his bag and fearlessly heads off to places where black magic leads not only to exorcisms but... murder. He flies to the US and investigates a gang who murdered a teenage girl for disturbing their satanic shrine. He sails to remote islands in Vanuatu, where laws have been passed to quash witchcraft and contravening them can lead to a public hanging or exile.

This was such a great podcast. excellently produced and sound design is really immersive and subtle.
Its pretty spooky and interesting to hear the way the occult has entered the lives of people across the world. listening to the final ep I've got chills!