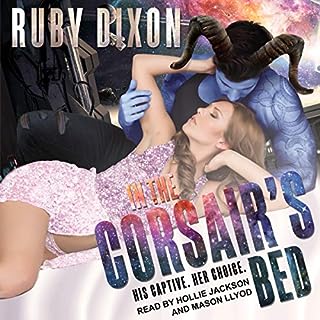 As a pirate, I tend to hang out with unsavory outcasts at the edges of the known universe. I'm used to running into thieves, assassins, and fugitives. It shouldn't surprise me to see a forbidden human female for sale in the tunnels of the space station, but I hate it. When I see she's near death, I have to act. I buy her. She spits in my face. It's love at first sight. At least, it's love at first sight on my end. I know it can never be, though, because I'm an ugly beast of an alien to her. The enemy.

such a sweet hot story full of charm, romance and kink. great listen. recommend this series 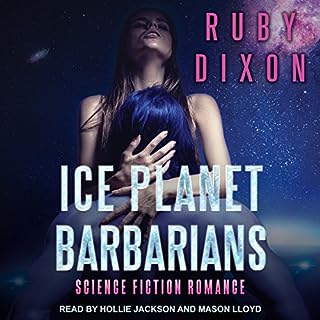 You'd think being abducted by aliens would be the worst thing that could happen to me. And you'd be wrong. Because now, the aliens are having ship trouble, and they've left their cargo of human women - including me - on an ice planet. And the only native inhabitant I've met? He's big, horned, blue, and really, really has a thing for me....

I love these books 10/10 highly recommend. the story line is always so well thought out 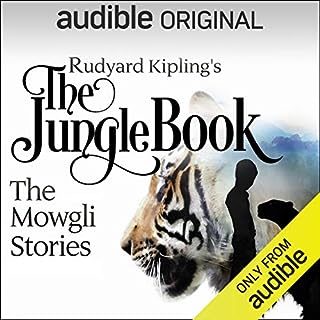 The magical storytelling and unforgettable characters in Bev Doyle and Richard Kurti's audio adaptation of this children's classic have been brought to life by many well-known voices from film, TV, radio and comedy.

made the story come alive. I thourougly enjoyed this audio book. thankyou for making it 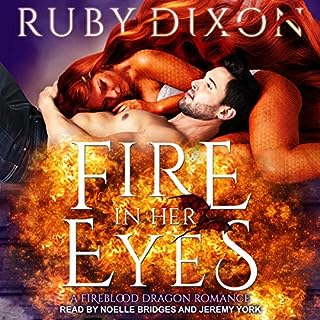 For months, I've been chased by a red dragon. They're the females of the dragon shifter invaders, fierce and vicious and as ruthless as they are wild. She hunts me wherever I go, and I'm not safe even behind the walls of a fort. There's only one thing I can do to stop her...and that's to take her as my mate. But to win the heart of a female dragon, I have to conquer her first. Not so easy for a human man...but Teva's worth the challenge.

Nice to see some women draconi beating back the madness. great read as always. recommend 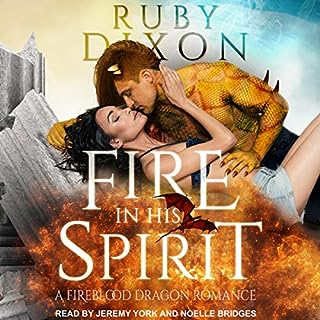 Gwen's never wanted to be a leader, but when no one else stepped up, she took on the role. As the mayor of post-apocalyptic Shreveport, she's made decisions to protect her people...and most of them have backfired disastrously. When she discovers the dangerous gold dragon lurking outside of the fort has decided she's his mate, heartsick Gwen thinks the best thing she can do is confront him and take him far away from the city. She does this to save her people - her sister, her friends, her fort. She doesn't expect to understand the dragon. She certainly doesn't expect to fall in love.

another beloved slice in this amazing collection of stories. gwen is not annoying at all. she is a woman overwhelmed, doubting her self worth just like many of us do. so relatable. 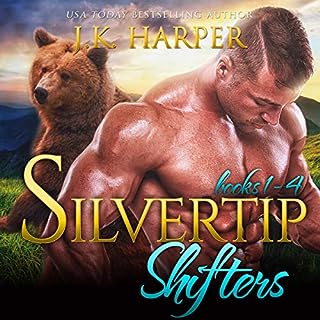 Enjoy the first four books of the Silvertip Shifters series: Hunter's Moon, Mountain Bear's Baby, Taming Her Bear, and Rescue Bear. To the listener: These stories are filled with heart-pounding romance, exciting adventure, and some awesome sexy times. If you love big ole grizzly bear shifters who have a soft spot for their fated mates, the charming and funny details of a shifter-filled small town, and the beautiful power of true love to always save the day, this boxed set listen is for you.

a great set worth the listen. good set of short, entertaining and very sexy stories that will stay with you and have you searching for other books both by the author and narrator alike. 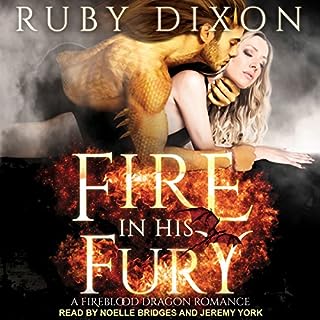 Just like Rapunzel from the fairy tales, Amy lives a hidden life. She's kept locked away in a tower for her own safety, with her sister as protector. Amy knows it's for her own good. If a dragon catches her scent, she'll be carried away and forced to become a drakoni's mate. But Amy has a secret that she desperately wants to be stolen. She would love to be rescued from her life of idleness and the thought of a devoted drakoni male charging in and saving her from her boredom sounds perfect to her. Of course, she wants a romantic, loving male who will adore her. What she gets is Rast. 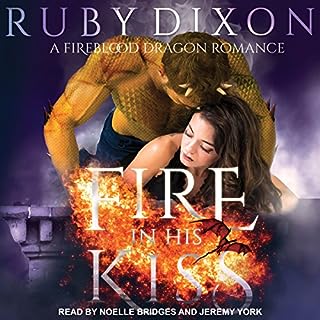 Bloodlust and insanity rule my existence. As a fierce drakoni warrior, this strange new world I find myself in eats at my mind until there is nothing left. There is no light or clarity...until she arrives. I save her life, plucking her from the sky. From that point on, she is mine. But the human I have chosen for my mate - Sasha - is fragile and wounded. She does not trust me and fears my presence. I will not give up, though. I will do anything to give her my fires and bond us both in body and spirit.

binge listening this series! highly recommended! the narration is amazing. sexy. emotional. perfect! worth the money for sure 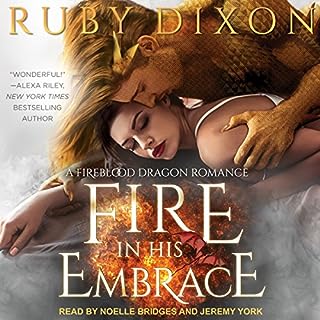 There's only one way to tame a dragon. Emma Arroyo knows this. She also knows that the big golden dragon captured by her brother's biker gang is in trouble, and it's all her fault. He followed her scent, and now his life is in danger. She has to fix this, somehow. If she could talk to the dragon, they could form a plan to escape, both of them. But the dragon's mind is wild and full of uncontrollable, killing rage. There's no reasoning with him. There's only one way to solve this problem - a mating.

this series is amazing

on my 3rd book in one week. such a creative imaginative story with beautiful devotion and attention to personalities 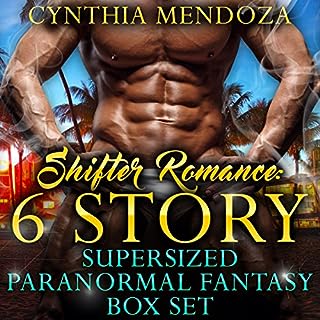 A steaming wet paranormal fantasy ride of six multi-book stories to keep you craving to listen. Warning: 18+ audiences only! Are you ready to try something a little more "alpha" than you're used to? Find out if you're up to the task when you buy your copy of this huge box set today!

Billionaire Bear 4 Part Box Set was my favorite ! dragon King 2 Part Dragon Shifter Box Set was also good. loved narration on both sets. kinda lost me after that as i didnt like the narrator on the remaining stories. but i will try again on another day. honestly still worth the money for the amount of content