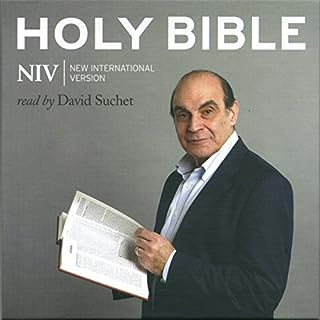 Ever since he became a Christian at the age of 40, it has been Poirot actor David Suchet's dream to make an audio recording of the complete Bible. In between filming the final episodes of Poirot, David Suchet spent over 200 hours in the recording studio to create the very first full-length audio version of the NIV Bible spoken by a single British actor.

obviously story good, lol - but how is it possible that they didn't name the chapters and verse' s. I will need JC levels of mercy to forgive the audible editor on this one. 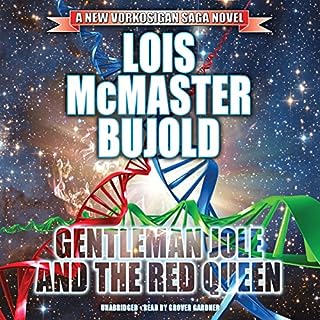 Future imperfect: Three years after her famous husband's death, Cordelia Vorkosigan, widowed vicereine of Sergyar, stands ready to spin her life in a new direction. Oliver Jole, admiral, Sergyar Fleet, finds himself caught up in her web of plans in ways he'd never imagined, bringing him to an unexpected crossroads in his life. Meanwhile, Miles Vorkosigan, one of Emperor Gregor's key investigators, this time dispatches himself on a mission of inquiry into a mystery he never anticipated - his own mother.

Shoukd be removed from the canon

Will most likely be removed from the canon in a future Vor Kosigan religion. Although as always, narrated brilliantly, and lois deserves endless thanks for her previous work. but no. 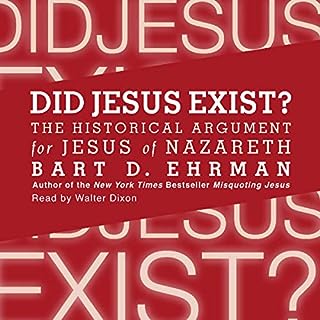 Large numbers of atheists, humanists, and conspiracy theorists are raising one of the most pressing questions in the history of religion: "Did Jesus exist at all?" Was he invented out of whole cloth for nefarious purposes by those seeking to control the masses? Or was Jesus such a shadowy figure - far removed from any credible historical evidence - that he bears no meaningful resemblance to the person described in the Bible?

Yes, because the scholar tells me so.

If just asserting a premise was the standard of a thesis, than Professor Bart Ehrman has written a tour de force. He states no less than 7 times in the opening chapter that Jesus 100% did exist, and then again about once every five minutes for good measure. The question mark in the title is rhetorical.

Bart introduced me to this fascinating topic and thus deserves some respect. And that sentence was it. Because with this almost offensive offering he has all at once made himself irrelevant.
Ehrman may claim to have broken away from his faith years ago, but his thinking has remained as dogmatic as a 4th century bishop. (Altho its possible Ehrman may take that as a compliment)

I don’t mind the snobbery of professors, in fact I expect it. But Ehrman has mistaken his position as educator for that of a parent. He seems concerned we will all get bogged down in uncertainty, so he claims it for us and tells us not to be so skeptical.

If this is the best there is then this field needs an inquest immediately.
5 stars - for writing so badly, so completely void of logical honesty, that this is sure to stimulate many more books in a genre begging for talent. Ehrman sets the bar so impossibly low, that everyone should feel encouraged to have a crack.