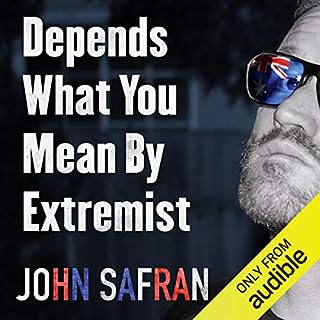 No one turns up where they're not wanted quite like John Safran. In this hilarious and disorienting adventure, he gets among our diverse community of white nationalists, ISIS supporters, anarchists and more, digging away at the contradictions that many would prefer be left unexamined. Who is this black puppet master among the white nationalists? And this Muslim fundamentalist who geeks out on Monty Python? Is there a secret radicalisation network operating in John’s own Jewish suburb?