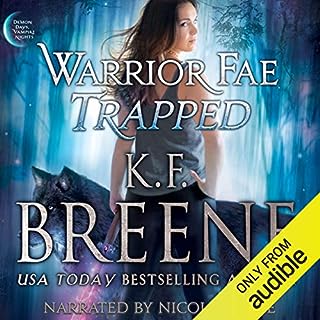 Charity hasn't had it easy. Growing up in a bad part of Chicago, left by her mother at 16, she's a survivor. So when she gets a scholarship to a good college out in California, she thinks all her dreams have come true. Instead she falls head first into a nightmare. At a posh party she doesn't belong, she gets the shock of her life: vampires and shifters are real! Magic is real. And she is anything but a mundane poor kid just trying to make it.

Big fan of books of KF Breene. This one didn't disappoint me either. If I could I would get all of her books as audiobooks.. Definitely waiting for part two. 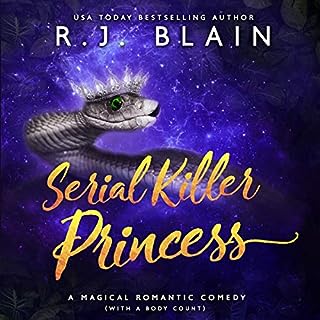 Why would anyone put a mermaid and a gorgon in the same room together? While Tulip enjoys being alive, her lineage brings her nothing but trouble. Snakes eat fish, and the mer love tearing apart their serpentine nemeses with their hands and teeth. As for the gorgons...she’d rather not think about them at all. The last thing Tulip wants is to rule the mer kingdom. First, she can barely swim. Second, she’s packing more than her fair share of her father’s genes. Third, what is a landlocked princess supposed to do with an aquatic kingdom?

Witty and funny!!! Can't wait for more books like this, I was laughing out loud on the bus.. And narrator was awesome! 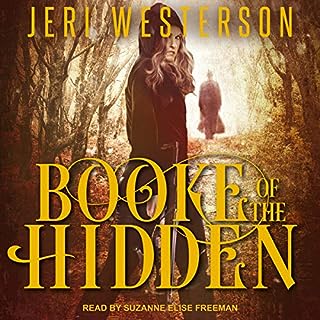 To get a fresh start away from a bad relationship, Kylie Strange moves across the country to open a shop in a seemingly quiet town in rural Maine. During renovations on Strange Herbs & Teas, she discovers a peculiar and ancient codex, The Booke of the Hidden, bricked into the wall. Every small town has its legends and unusual histories, and this artifact sends Kylie right into the center of Moody Bog's biggest secret.

Slightly childish and naive characters, but not a bad story. Narrator sometimes very slow, but not bad either. 4 stars.