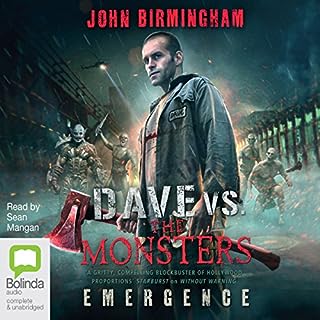 He died with a splitting maul in his skull.

I have always enjoyed John Birmingham's writing, and it feels like he's having a great time blowing off steam in this fast paced tale of an ordinary man who unexpectedly gains super-powers. Unexpectedly light and fun, l loved every minute of it. 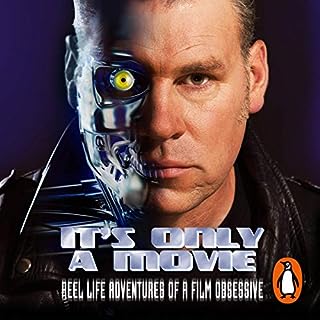 To avoid fainting, keep repeating It's only a move ..only a movie ..only a movie ..only a movie If you grew up believing that Planet of the Apes told you all you needed to know about politics, that Slade in Flame was a savage exposé of the pop world, and that The Exorcist revealed the meaning of life, then you probably spent far too many of your formative years at the cinema. Just as likely, you soon would have realised that there was only one career open to you - you'd have to become a film critic.

How a film critic is made.

If you are reading this review, you are probably aware of Mark Kermode who, along with Simon Mayo, hosts the BBC's "Flagship" movie review show.

In this book Mark charts his journey from be-coiffed lovable radical feminist Bolshevik student agitator, to be-coiffed ranty radio review royalty. And what a journey it is, culminating in a disastrous trip to the set of "Dark Waters", a low budget horror film shot in the former soviet union.

Along the way we get enough anecdotes about actors, film-makers and musicians to keep the book rollicking along, and the fact that the material is read by the author himself in his most dulcet radio presenter tones is a bonus.

So is it any good? Well, it's way better than "Sex and the City 2", but still not quite as good as "The Exorcist" (which Mark believes is the greatest film of all time). 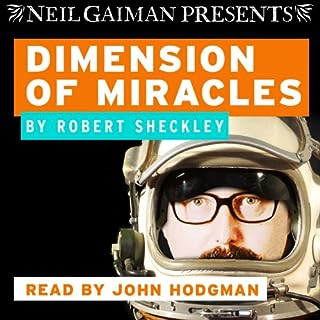 Dimension of Miracles is a satirical science fiction novel first published by Dell in 1968. It's about Tom Carmody, a New Yorker who, thanks to a computer error, wins the main prize in the Intergalactic Sweepstakes. Tom claims his prize before the error is discovered and is allowed to keep it. However, since Tom is a human from Earth without galactic status and no space traveling experience, he has no homing instinct that can guide him back to Earth once his odyssey begins - and the galactic lottery organizers cannot transport him home.

This highly entertaining comedic Sci-Fi book from 1969 prefigured Douglas Adams 'Hitchiker's Guide' in many ways; the story begins with protagonist Carmody suffering at the hands of a galactic bureaucracy etc. The source material is witty and acerbic, and the charming performance by John Hodgman really brings it to life. This is a gem that deserves repeat listenings.