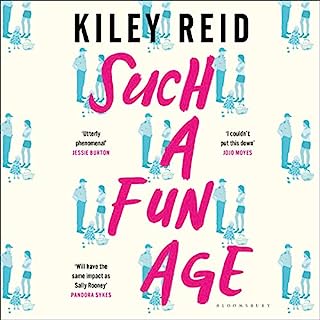 When Emira is apprehended at a supermarket for ‘kidnapping’ the white child she’s actually babysitting, it sets off an explosive chain of events. Her employer Alix, a feminist blogger with the best of intentions, resolves to make things right. But Emira herself is aimless, broke and wary of Alix’s desire to help. When a surprising connection emerges between the two women, it sends them on a crash course that will upend everything they think they know – about themselves, each other and the messy dynamics of privilege.

Although the initial intrigue around the grocery store wanes a little, it really pulls together towards the end. The contrast in the dual character perspectives gives insight into the complexity of people's world views, as everyone always feels they are just trying to be a good person, "rightly" or "wrongly". 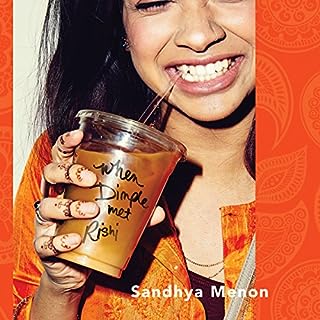 Now that Dimple Shah has graduated, she's ready for a break from her family - especially from Mamma's inexplicable obsession with her finding the Ideal Indian Husband. Ugh. But Dimple knows that her mother must respect that she isn't interested in doing that right now - otherwise she wouldn't have paid for her to attend a summer program for aspiring web developers, right?

Bought this book coz it was recommended to me not realising it was YA but I still had a good time. I think most kids are a bit more grown up by this age though - it's how innocent your parents thought you were not realising what you were really getting up to. To clarify: brownies at a party would DEFINITELY co rain pot and kids these days do not have such embarrassing email addresses. 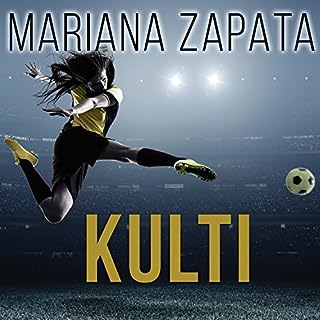 It didn't take a week for 27-year-old Sal Casillas to wonder what she'd seen in the international soccer icon - why she'd ever had his posters on her wall or ever envisioned marrying him and having super-playing soccer babies.

made me want to play soccer

Became addicted by the end although there is a lot of repetition reminding audience of things we already know! like yes, you literally just said this. 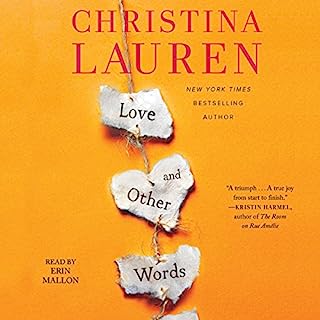 Macy Sorensen is settling into an ambitious if emotionally tepid routine: work hard as a new pediatrics resident, plan her wedding to an older, financially secure man, keep her head down and heart tucked away. But when she runs into Elliot Petropoulos - the first and only love of her life - the careful bubble she’s constructed begins to dissolve.

This book really effected me emotionally a number of times. I enjoyed the switching between then and now. Listening to the emails read out loud was really annoying but there weren't many of them. 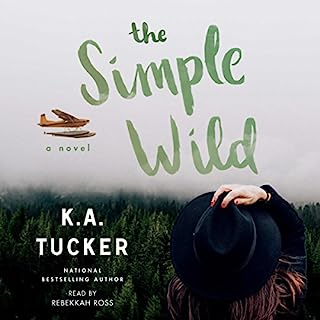 City girl Calla Fletcher attempts to reconnect with her estranged father, and unwittingly finds herself torn between her desire to return to the bustle of Toronto and a budding relationship with a rugged Alaskan pilot in this masterful new romance from acclaimed author K.A. Tucker.

Addictive despite being a bit predictable. A comfy listen, I had fun. A little repetitive at times as the protagonist constantly repeats the same thoughts and feelings. Great setting. 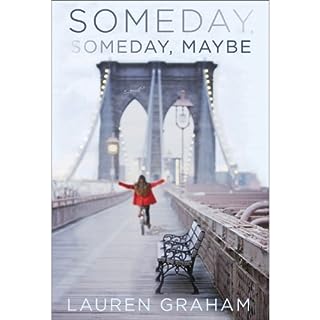 From Lauren Graham, the beloved star of Gilmore Girls and Parenthood, comes a witty, charming, and hilariously relatable debut novel about a struggling young actress trying to get ahead - and keep it together - in New York City. It’s January 1995, and Franny Banks has just six months left of the three-year deadline she set for herself when she came to New York, dreaming of Broadway and doing "important" work. But all she has to show for her efforts so far is a part in an ad for ugly Christmas sweaters, and a gig waiting tables at a comedy club....

Could have accidentally listened to the whole thing and not got anything else done. Very real and relatable, love hearing about a woman with a dream in the arts who works hard pursuing what she loves despite having very human insecurities and flaws, the character has blend of toughness and fragility that makes her feel like someone you might already have as a friend. 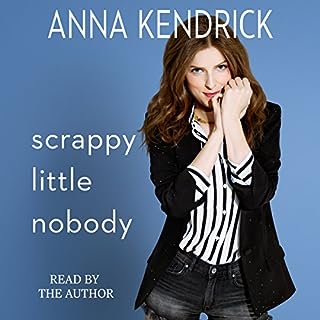 Anna Kendrick's autobiographical collection of essays amusingly recounts memorable moments throughout her life, from her middle-class upbringing in New England to the blockbuster movies that have made her one of Hollywood's most popular actresses today. Expanding upon the witty and ironic dispatches for which she is known, Anna Kendrick's essays offer her one-of-a-kind commentary on the absurdities she's experienced on her way to and from the heart of pop culture.

Anna is a highly animated and down to earth woman. In this read she feels like a friend.