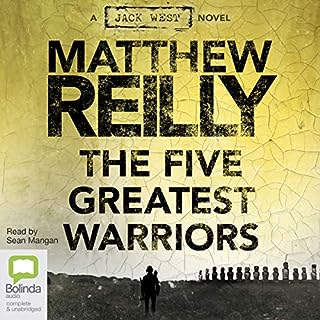 IT BEGAN WITH SIX STONES Jack West Jr. and his loyal team are in desperate disarray: they've been separated, their mission is in tatters, and Jack was last seen plummeting down a fathomless abyss. IT FINISHES HERE. After surviving his deadly fall, Jack must now race against his many enemies to locate and set in place the remaining pieces of The Machine before the coming Armageddon.

I really enjoy Matthew’s books especially the jack west jr series...
Wasn’t a fan of the narration, it sounded very computerised, like a male ‘Seri’. However I was not deterred and I did get used as I kept listening to it!!!