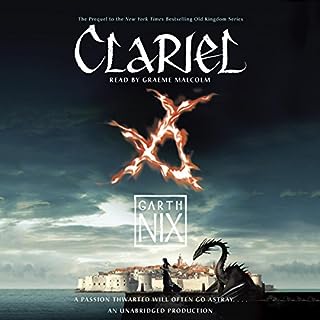 Award-winning author Garth Nix returns to the Old Kingdom with a thrilling prequel complete with dark magic, royalty, dangerous action, a strong heroine, and flawless world-building. This epic fantasy adventure is destined to be a classic, and is perfect for fans of Game of Thrones.

i have loved this series!! Devoured every book, & i loved Tim Curry's narration. This book seemed to lack the same essence. The narrator is good, & did a good job.. but just wasnt the same for me. The story was very slow, didn't have the same climax & just suddenly ended. 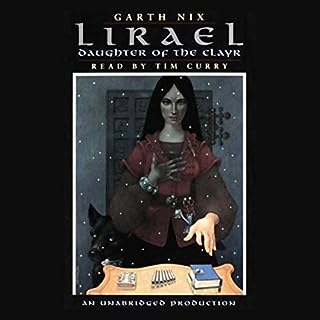 I loved it even more than the first book. Tim Curry's narration is pure perfection, wish he narrated all audio books :) 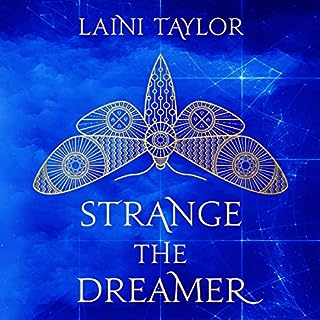 The dream chooses the dreamer, not the other way around - and Lazlo Strange, war orphan and junior librarian, has always feared that his dream chose poorly. Since he was five years old he's been obsessed with the mythic lost city of Weep, but it would take someone bolder than he to cross half the world in search of it. Then a stunning opportunity presents itself in the person of a hero called the Godslayer and a band of legendary warriors, and he has to seize his chance or lose his dream forever.

i loved this book from the start, like all the authors books, you're transported right into the story. Spellbound.

i loved the performance & reading! The difference voices & the afflictions of the words. I can't wait for the next one!! Thank you, thank you so much :)