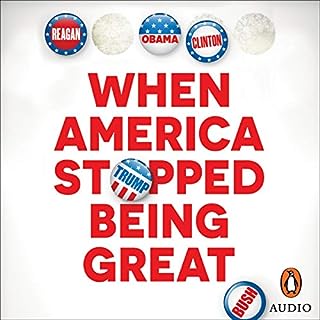 The presidency of Donald Trump is commonly seen as an historical accident. Nick Bryant argues that by 2016 it had become almost historically inescapable. In this highly personal account, drawing on decades of covering Washington for the BBC, Bryant shows how the billionaire capitalised on the mistakes of his five predecessors, Ronald Reagan, George Herbert Walker Bush, Bill Clinton, George W. Bush and Barack Obama.

Good unvarnished look at the more recent American presidencies. I would say it's a fair recount and none of them are let of easily for their own, very consequential, failings at their job. Let's see where they go from here. 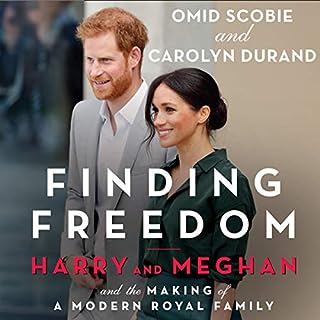 When news of the budding romance between a beloved English prince and an American actress broke, it captured the world’s attention and sparked an international media frenzy. But while the duke and duchess of Sussex have continued to make headlines - from their engagement, wedding and birth of their son, Archie, to their unprecedented decision to step back from their royal lives - few know the true story of Harry and Meghan.

loved this book, enjoyed every minute, looking forward to the future stories and books about the Sussex's, so long as they are credibly written like this one