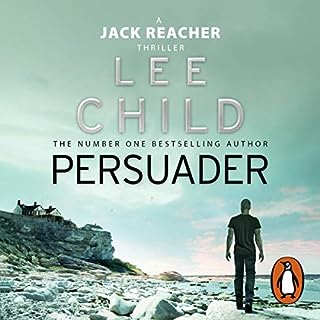 Never forgive, never forget. That's Jack Reacher's operating principle. And Quinn was one of the worst guys he ever had the misfortune to meet. He had done unforgivable things. So Reacher was glad to know Quinn was dead. Until the day he saw someone who looked an awful lot like him, alive and well, riding in a limousine outside Boston's Symphony Hall.

Best Child story I have listened to yet highly recommend it to everyone. who is into his work.