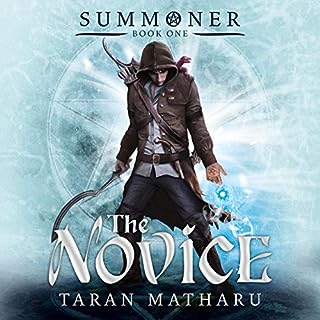 Fletcher is nothing more than a humble blacksmith's apprentice when a chance encounter leads to the discovery that he has the ability to summon demons from another world. Chased from his village for a crime he did not commit, he must travel with his demon to the Vocans Academy, where the gifted are trained in the art of summoning. The academy will put Fletcher through a gauntlet of grueling lessons, training him as a battlemage to fight in the Hominum Empire's war against the savage orcs.