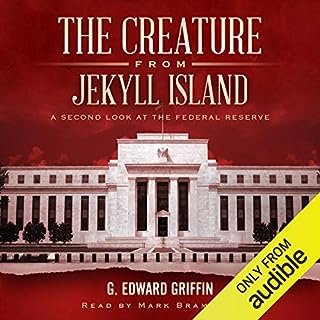 This classic expose of the Fed has become one of the best-selling books in its category of all time. Where does money come from? Where does it go? Who makes it? The money magician's secrets are unveiled. Here is a close look at their mirrors and smoke machines, the pulleys, cogs, and wheels that create the grand illusion called money. A boring subject? Just wait. You'll be hooked in five minutes. It reads like a detective story - which it really is, but it's all true.

Fascinating from beginning till end.

This audiobook was thoroughly enjoyed, it was a particularly interesting perspective on a tragically under appreciated issue.