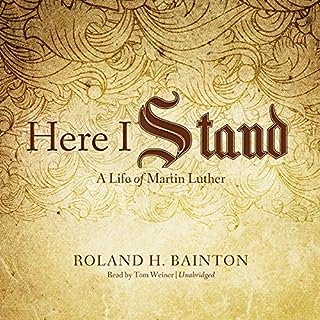 Martin Luther entered a monastery as a youth and as a man shattered the structure of the medieval church, speaking out against the corrupt religious practices of the time. His demand that the authority for doctrine and practice be scriptures, rather than popes or councils, echoed around the world and ignited the great Reformation. Accused of heresy and threatened with excommunication and death, Luther maintained his bold stand and refused to recant. In his crusade to eliminate religious abuses, he did more than any other man to establish the Protestant faith.

A powerful interpretation of Luther's life and thought. Bainton gives a vivid and attractive depiction of Luther's personality. His account of Luther's theology is brilliant. All in all, one of the best religious biographies I've read. It would also make a perfect introduction for anyone interested in exploring Protestant thought.