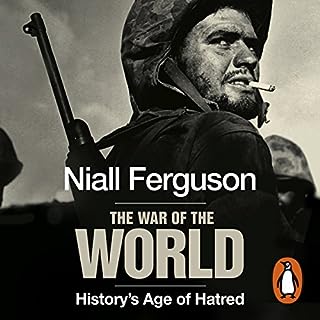 The world at the beginning of the 20th century seemed for most of its inhabitants stable and relatively benign. Globalising, booming economies married to technological breakthroughs seemed to promise a better world for most people. Instead the 20th century proved to be overwhelmingly the most violent, frightening and brutalised in history, with fanatical, often genocidal warfare engulfing most societies between the outbreak of the First World War and the end of the Cold War. What went wrong?

there were times i had to stop disgusted with the depravity of mans inhumanity to man. Niall tells it like it was and pulls no punches and it is at times harrowing particularly genocide bits. Every child should study this book in school compulsory reading if ppl understood the primitive motives we all have and how dehumanising ppl can lead to bloodshed the world might be a better place at the expense of some nightmares after listening to this. i wish niall had naratted this book though it can be a bit flat narration at times. 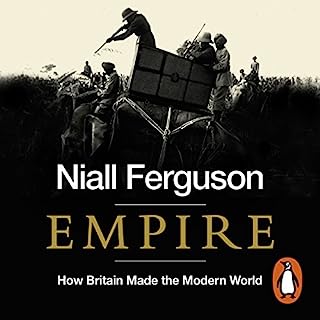 Once vast swathes of the globe were coloured imperial red, and Britannia ruled not just the waves but the prairies of America, the plains of Asia, the jungles of Africa and the deserts of Arabia. Just how did a small, rainy island in the North Atlantic achieve all this? And why did the empire on which the sun literally never set finally decline and fall? Niall Ferguson's acclaimed Empire brilliantly unfolds the imperial story in all its splendours and its miseries.

niall ferguson at his articulate and erudite best 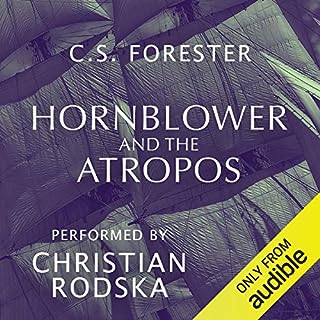 In the year 1805, the young and enthusiastic Horatio Hornblower is given his first command as Captain of HMS Atropos. A 22-gun sloop, it is hardly the biggest ship in the navy, but undeterred, Hornblower boards the Atropos in eager anticipation of the voyages to come. Acting as flagship during the funeral procession for Lord Nelson, Horatio's first endeavour is to pay tribute to the country's fallen hero.

Great narration. loved the story and the narration. Great historical notes at the end. I will be buying the next in sequence