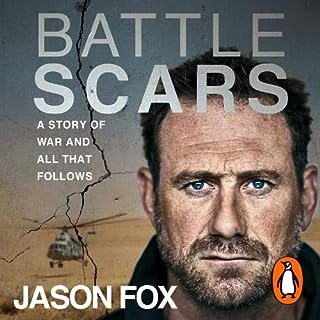 Jason Fox served with the SBS for over a decade, thriving on the close bonds of the Special Forces brotherhood and the ‘death or glory’ nature of their missions. Battle Scars tells the story of his career as an elite operator, from the gunfights, hostage rescues, daring escapes and heroic endeavours that defined his service to a battle of a very different kind: the psychological devastation of combat that ultimately forced him to leave the military and the hard reality of what takes place in the mind of a man once a career of imagined invincibility has come to an end.

Not my sort of book,

this book did not appeal to me. I did not finish it. but it may appeal to other listeners. 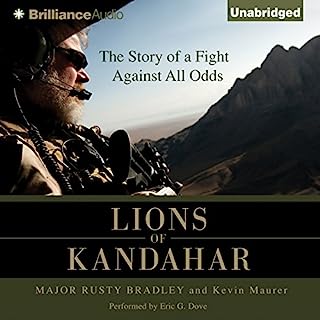 Southern Afghanistan was slipping away. That was clear to then-Captain Rusty Bradley as he began his third tour of duty there in 2006. The Taliban and their allies were infiltrating everywhere, poised to reclaim Kandahar Province, their strategically vital onetime capital. To stop them, the NATO coalition launched Operation Medusa, the largest offensive in its history. The battlefield was the Panjwayi Valley, a densely packed warren of walled compounds that doubled neatly as enemy bunkers.

this is the best audiobook so far. for whole package. Story is moving. The narrator does it justice. I enjoyed it a lot.