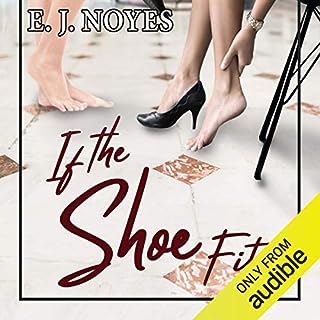 Jana Fleischer loves her life - wonderful family, best sister in the world, awesome soon to be sister-in-law, fabulous job, and a never-ending stream of men to chew through and spit out. So what if everyone says she’s too picky and she’s never had a real relationship? When a chance meeting with Brooke Donnelly leaves Jana literally and figuratively off-balance, it doesn’t take long for her initial annoyance to turn into the first sparks of friendship.

As an entrepreneur with a growing business 30+ staff... i am a highly strung type a personality. So when i read or listen to a book.... i am an escapist.... i love comedy’s and light romance stories with a side of sexy... gives me ideas with my wife ;) But mostly i enjoy a story teller who provides my imagination an easy slip into another world... this author does this every time. I actually stop thinking about work and really enjoy the journey. With charming slightly nerdy humour that’s very Queensland Australia... Narrator was really good too, brought the story to life really well :) Big fan!!! Thank you keep it up! I buy all your things! :) 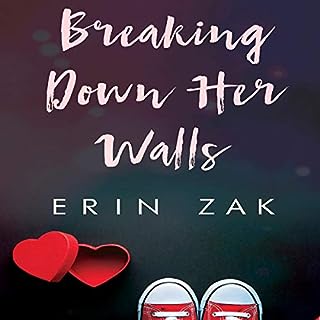 Leaving is what Julia Finch does best. When a meeting with her birth parents goes horribly wrong, Julia escapes on a hastily planned road trip and winds up breaking down in a Colorado town so small the cows outnumber the people. Completely out of her element, she takes a temporary job as a ranch hand at Bennett Ranch. She only has to survive long enough to get her car fixed, and then she’s out of there for good. Her bad luck continues when she meets the ranch owner, Elena Bennett. Elena is unhappy, abrasive, and annoyingly breathtaking.

As a country girl this one got me. I love a cold, strong character being melted by falling in love. I was completely absorbed in the character development.. Erin Zak unravelled both of the characters so that you you feel you get to know them. And Brittni Pope’s sultry narration was amazing. Wowzers great combo, great book! Will listen to this one again :) 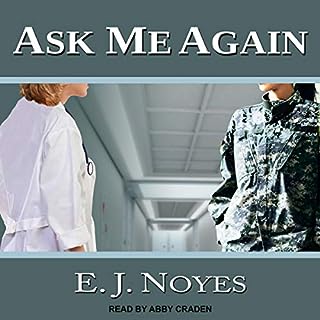 With Don't Ask, Don't Tell nothing more than an unpleasant memory, US Army surgeon Sabine Fleischer is ready to move on with her life - if she can just figure out how to move past her PTSD. Fresh from her first deployment since surviving a vehicle attack in Afghanistan, Sabine is finding the things she's tried so hard to push aside aren't as easy to ignore as she'd hoped.

Really loved this one, well written and narrated:) 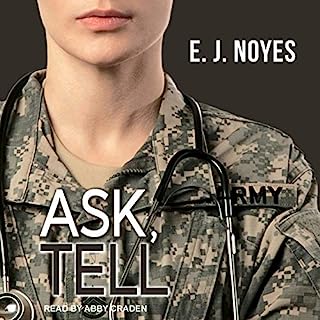 Captain Sabine Fleischer is a skilled and dedicated US Army surgeon deployed to a combat hospital in Afghanistan. She is also one of the thousands of troops who are forced to serve in silence because of the military's anti-gay policy of "Don't Ask, Don't Tell (DADT)". Usually driven and focused, Sabine finds that battles raging both inside and outside are making it more and more difficult for her to deal with her emotions. Dealing with loss and mortality, lack of privacy, sleep deprivation, loneliness, and the isolation forced on her by Don't Ask, Don't Tell are all taking their toll.

Really loved this one, well written and narrated:)

Really loved this one, well written and narrated:) Good pace and just enough detail to be immersed but not so much that i was bored. Enjoyed this one :) 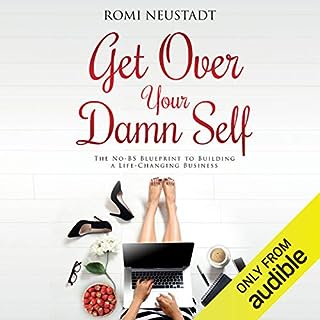 Romi Neustadt is passionate about helping others build lucrative direct sales and network marketing businesses that help create lives with more freedom and flexibility, greater purpose, and a lot more fun. In this book she offers you the same direct, no-BS coaching she's given to tens of thousands to help you acquire the skills to build this sucker and teach your team to do the same. And, equally important, she'll work on your mindset so you stop over complicating it all and stop letting the negative voices in your head win. 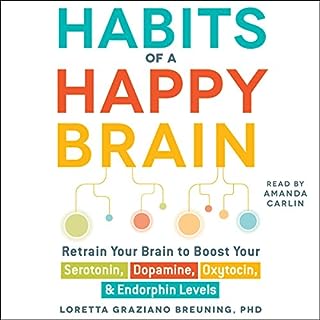 Get ready to boost your happiness in just 45 days! Habits of a Happy Brain shows you how to retrain your brain to turn on the chemicals that make you happy. Each minute offers simple activities that help you understand the roles of your "happy chemicals" - serotonin, dopamine, oxytocin, and endorphin. You'll also learn how to build new habits by rerouting the electricity in your brain to flow down a new pathway, making it even easier to trigger these happy chemicals and increase feelings of satisfaction when you need them most.

Awful robotic sounds the whole way through not able to listen!!!!

This wasn’t read as audiobook, it was created from a computer generated voice and is not listenable!!!! ust awful waste of money!!!