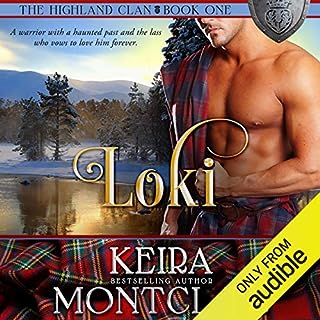 Loki Grant's first memories are of living in a crate behind an inn in Ayr, struggling to survive. Clan Grant saved him from his lonely existence and took him in as one of their own. But though the Highlands have become his home and he loves his adopted parents, Brodie and Celestina, Loki feels lost. Part of him is still that scrappy wee lad who relied on his wits to survive the streets, and he is not sure he belongs.

From a hard beginning Loki finds a happy life. Along the way he finds out much about his past. He doesn’t feel he deserves what he has got, but in the end he excepts it. A pleasant book to read. Loved the Scottish accents of the readers, very easy to listen to. 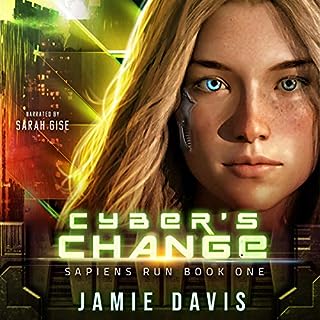 America, 2055. Cass is equal parts excited and nervous to leave her Sapiens Movement enclave. Stepping away from her technologically conservative family for the first time, she sets off for college with dreams of saving humanity. But as the Sapiens girl falls for her cybernetically enhanced roommate, her deeply programmed beliefs begin to glitch.... Confused in a world that no longer makes sense, Cass barely registers the horrific accident that leaves her near death. When she wakes up, she discovers the same technology she's always hated is the only thing keeping her alive.

Another great book from Jamie. A futuristic world here on earth, that is full of all the same fears people have today. Fear of difference. 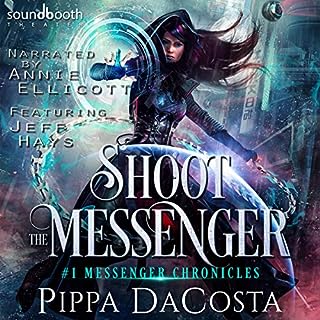 In the Halow system, one of Earth’s three sister star systems, tek and magic - humans and fae - are at war. Kesh Lasota is a ghost in the machine. Invisible to tek, she’s hired by the criminal underworld to carry illegal messages through the Halow system. But when one of those messages kills its recipient, Kesh finds herself on the run with a bounty on her head and a quick-witted marshal on her tail. Proving her innocence should be straightforward. Until a warfae steals the evidence she needs.

The best audio I have listened to

Great story, wonderful characters, lots on intrigue and boy what an ending. The narrators are one of the best I have listened to. 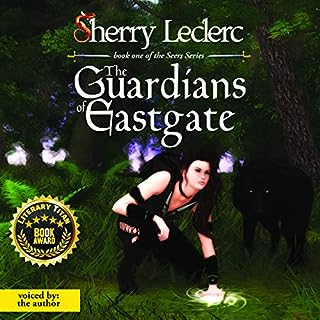 The magical realm of Sterrenvar is a world divided by differences, where the inhabitants keep mostly to their own kind, be it human, shifter, or sorcerer. When a group of seers are warned through visions of an evil, dark sorcerer intent on ruling the realm, seer champion Maelona Sima must set out for Eastgate to defend a magical keystone that can help protect the realm. Along the way, she must gain allies and convince the differing peoples of the realm to stand together as one to save their world from its biggest threat in 3,000 years.

Acceptance is the key point in this book

Have read this book before a long time ago but decided to listen to it as I enjoyed it. The relationship between the characters is well developed, and the underlying message of acceptance for all not matter their origins is artfully handled. Was a bit disappointed in this audio version. I know it costs a lot to employ professional narrators but they make an audio book. This is not the worst author read book but left a lot to be desired. I have listened to a lot of audio books and I would not re-listen to this one. 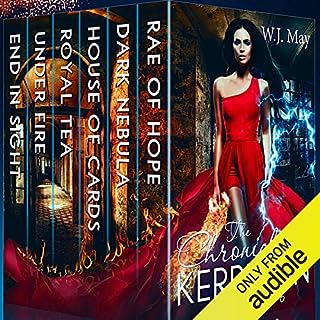 Fifteen year-old Rae Kerrigan never really knew her family's history. Her mother and father died when she was young and it is only when she accepts a scholarship to the prestigious Guilder Boarding School in England that a mysterious family secret is revealed. As Rae struggles with new friends, a new school and a star-struck forbidden love, she must also face the ultimate challenge: receive a tattoo on her 16th birthday with specific powers that may bind her to an unspeakable darkness. It's up to Rae to undo the dark evil in her family's past and have a ray of hope for her future.

Loved this series but what a cliffhanger at the end. Will have to buy the next book in the series. Interesting characters, well described characters and locations. The tattoo concept is a new one for me. 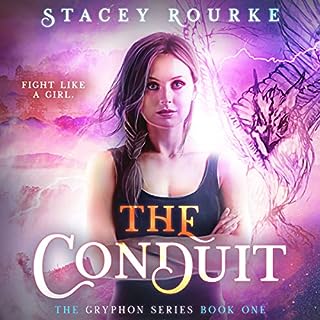 All 18-year-old Celeste Garrett wants is to head off to college and make those fun, yet ill-advised, choices college kids are known for. And maybe to spend some time with the hot cameraman she just met. Instead, because of a pact her ancestors made in the 17th century with a mythical creature, she has to save the world.

Not good in audio format

The story is interesting enough to keep me listening to this book, but would not pay to listen to the next book if the same narrator is used. 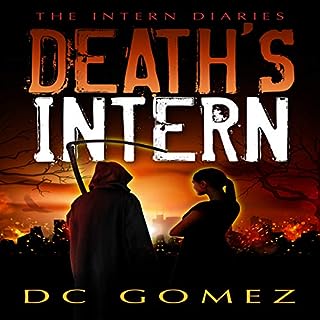 Nothing ever happens in Texarkana. At least, that’s what army veteran Isis Black thinks about her small Texas town. After her tour of duty with the 82nd Airborne, her homecoming has been marked by loneliness, isolation, and complete boredom. Her only friend in town is Bob, a homeless veteran who’s more than a little paranoid. Then, something astounding happens, and Texarkana gets a whole lot more interesting. Death herself has come to town, and she’s searching for an intern.

Give the reader the sack

Loved the story with interesting characters but the reader was that terrible I was going to stop listening. Apart from repeating words and sentences you could hear the pages being turned. There was no change in voice for the different characters, which became quite confusing at times. Good story wrecked by the reader, pay the money for someone for professional. 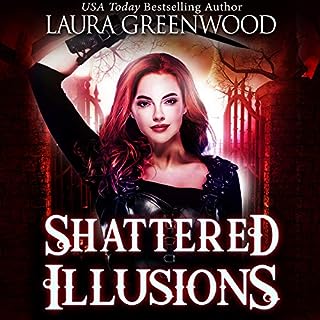 Don’t get in the way of me and my sai. At least, not if you’re a vampire. That’s a quick way to end up dead. My name is Ashryn Barker, and I’m a vampire hunter. One of the best in fact. I also have a secret. One I can never tell anyone else. When I look someone in the eyes, I can see their deepest secret, the one hidden behind the illusion they show the world. My name is Ashryn Barker, and I’m here to shatter your illusions.

Loved the story but where was the rest. Just getting into it when it finished. Like this author and have read many of her books that’s why I bought this but not worth the money for audio as soooooooo short. 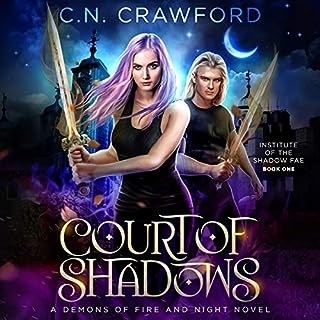 A girls' night out means three things to me: drinking whiskey with my best friend, trying not to kill anyone, and keeping my magic hidden. A fae gladiator like me isn’t supposed to exist anymore. But my Friday night takes a bad turn when a lethally gorgeous fae - Ruadan - tries to assassinate me. He's known as the Wraith, and he's taken a vow of silence until he’s slaughtered the outlaws on his kill list. Outlaws like me. Ruadan lets me live on one condition: I have to earn my place at the Institute of the Shadow Fae.

New ideas from other books made a refreshing change would love to listen to the next book in the series but it is not whispersyncd yet. 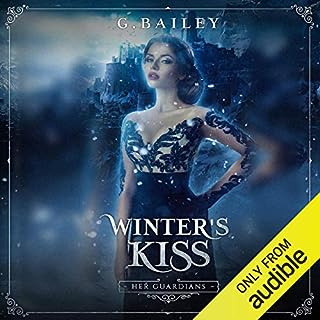 Winter's life has been turned upside down since finding out that all the fairy tales exist, and she doesn't know who to turn to. When everything is against her, can the men who love her keep her alive? The rules are changing, and Winter needs to fight to protect what is hers and avoid the destruction of everyone she has come to love.

Loved to continuation of the series, but felt this book was too short and I hate cliffhangers. Would like to see her mates with the whole four and what happens then, but books are too expensive.