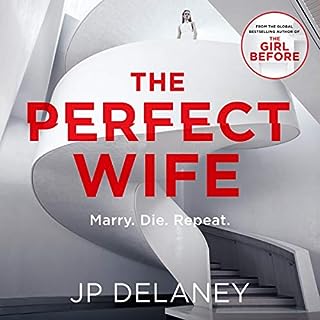 When Abbie Cullen met Tim Scott, she was a struggling artist and he was the brilliant British cofounder of one of Silicon Valley's most successful start-ups. Within six months, they were married. But when she promised him in her wedding vows that she would love him forever, she had no idea just how literally he would take it....

After reading “The Girl Before” I couldn’t wait for JP Delaney’s next book. “The Perfect Wife” does not disappoint, firmly establishing Delaney as one of my all time favourite writers.

Seriously - do not miss this book. Thought-provoking doesn’t begin to describe the way this book will first captivate, and then stay with you, forever. 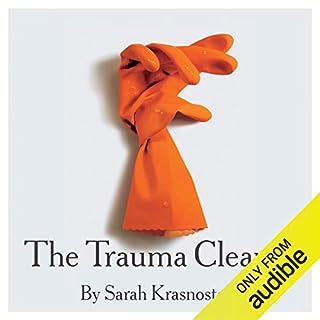 I’ve never read anything quite like this book. And it is beautifully written, weaving together past, present, biographical memories and contemporary musings like an intricate and intriguing tapestry. But most of all it is moving - on a very human level.

The audible performance of this book is one of the best I’ve heard - I frequently had trouble convincing myself that the author herself was not the narrator.

Don’t miss this - it is a roller-coaster ride that will leave you breathless and absolutely in awe of the human condition, not to mention of Sandra Pankhurst.

Do not miss this book. 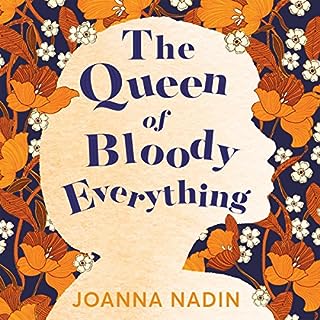 As Edie Jones lies in a bed on the 14th floor of a Cambridge hospital, her adult daughter, Dido, tells their story, starting with the day that changed everything. That was the day when Dido - aged exactly six years and 27 days old - met the handsome Tom Trevelyan, his precocious sister, Harry, and their parents, Angela and David.

I was drawn into this book from page 1 and loved every page. It is simple yet very deep, moving in both a heart wrenching and uplifting way. The characters are brilliantly drawn and Kelly Hotten’s narration brings them perfectly to life. An outstanding production of a unique and wonderfully written book. 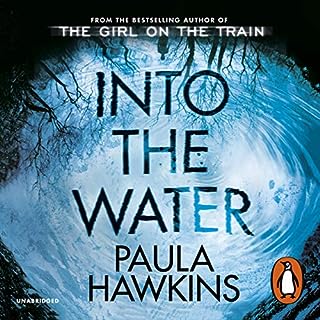 Random House presents the unabridged, downloadable audiobook edition of Into the Water by Paula Hawkins, read by Imogen Church, Sophie Aldred, Daniel Weyman, Rachel Bavidge and Laura Aikman. The addictive new psychological thriller from the author of The Girl on the Train, the runaway Sunday Times Number One best seller and global phenomenon. In the last days before her death, Nel called her sister. Jules didn't pick up the phone, ignoring her plea for help.

Flashes of brilliance but never fully ignites. First book was way better. No doubt it's tough to write a second novel after that. 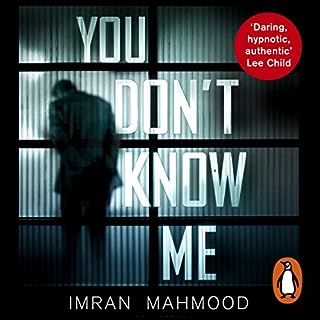 An unnamed defendant stands accused of murder. Just before the closing speeches, the young man sacks his lawyer and decides to give his own defence speech. He tells us that his barrister told him to leave some things out. Sometimes the truth can be too difficult to explain or believe. But he thinks that if he's going to go down for life, he might as well go down telling the truth.

This book will rock your world

This book is beyond clever. It draws you in and doesn't let go. Once you've listened to it you'll never ever forget it.
The performance by Adam Deacon is superb - he deserves so much credit, because he makes the main character authentic and utterly compelling as the accused.
The plot, and it's very unique execution, is brilliant, made all the more credible by the author's legal background.
Listen to this book. Do not miss it. 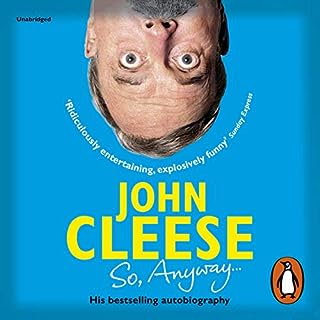 John Cleese describes his nerve-racking first public appearance, at St Peter's Preparatory School at the age of eight and five-sixths; his endlessly peripatetic homelife, with parents who seemed incapable of staying in any house for longer than six months; his first experiences in the world of work, as a teacher who knew nothing about the subjects he was expected to teach; his hamster-owning days at Cambridge; and his first encounter with the man who would be his writing partner for over two decades, Graham Chapman.

Do not miss this book. It is funny, witty, informative, insightful, hilarious, poignant and, most of all, thoroughly entertaining. 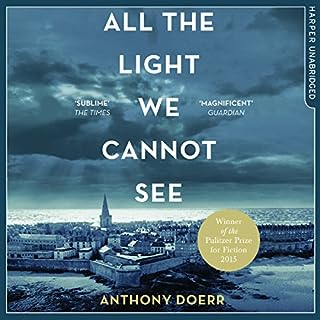 Do not miss this book

This is easily one of the best books I've ever read. It is poignant, exciting, realistic, imaginative, thought provoking, sad, inspirational, insightful and educational, and it stays with you long after you finish the book. Above all it is stunningly well written. The vivid imagery and masterful use of sensory language makes you feel as though you are living each page with each character. And it is a page turner - I couldn't put it down. There is no doubt in my mind whatsoever as to why this magnificent novel was awarded the Pulitzer Prize for literature.