I read the Kindle version and was thrilled to see it offered as a freebie on Audible. it was a great listen, one the family got into as well, on long drives. Highly recommended. 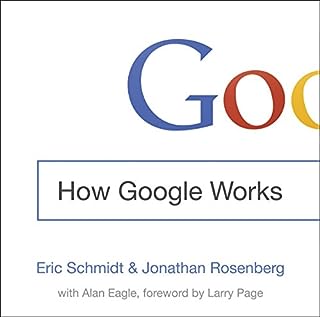 Both Eric Schmidt and Jonathan Rosenberg came to Google as seasoned Silicon Valley business executives, but over the course of a decade they came to see the wisdom in Coach John Wooden's observation that 'it's what you learn after you know it all that counts'. As they helped grow Google from a young start-up to a global icon, they relearned everything they knew about management.

recommended for any business owner

This is the first audible book that I've listened to immediately a second time. As a small business owner I found this book to be both educational and inspirational. 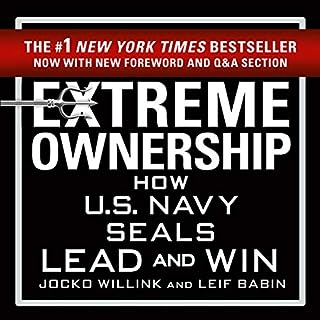 This is a fantastic book but I admit to struggling through the first chapter or two. After then, it's all gold. for me, the Audible sample did not do the book justice. 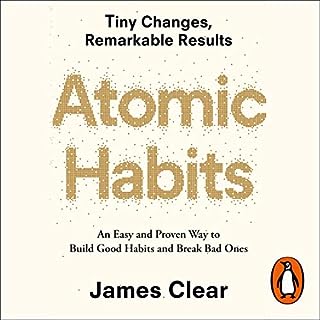 I was reluctant, not sure what this could add to the topic, but James delivered. 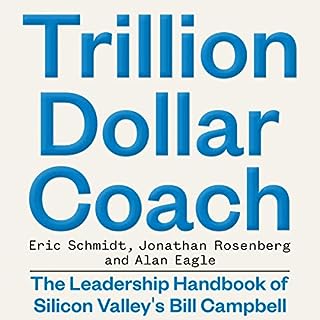 The team behind How Google Works returns with management lessons from legendary coach and business executive Bill Campbell, whose mentoring of some of our most successful modern entrepreneurs has helped create well over a trillion dollars in market value. Bill Campbell played an instrumental role in the growth of several prominent companies, such as Google, Apple and Intuit, fostering deep relationships with Silicon Valley visionaries, including Steve Jobs, Larry Page and Eric Schmidt.

What a marvelous influence he must have been. I aspire to be half the leader he was and welcome a book like this to help light the way.