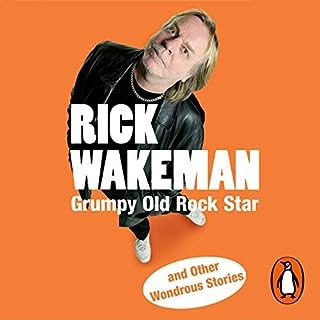 Around about September of 1948, Mr and Mrs Cyril Wakeman had an early night. And some time later, at Perivale in Middlesex, Mrs Wakeman produced a bonny baby son. They named him Richard, but he quickly became known as Rick.

Rick was a likable little fellow who had a talent for the piano (and for making trouble), and music became his life. Later, he joined a popular music group called Yes and became a legend.

Rick’s Stories and the way he explains them brings everything you want from a rock biography. Very enjoyable listen which is highly recommended.