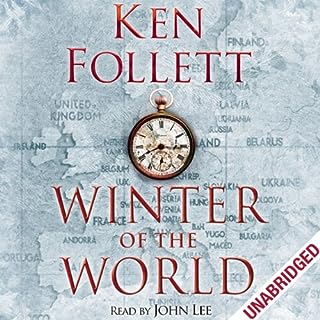 Five linked families live out their destinies as the world is shaken by tyranny and war in the mid-20th century. Berlin in 1933 is in upheaval. Eleven-year-old Carla von Ulrich struggles to understand the tensions disrupting her family as Hitler strengthens his grip on Germany. Into this turmoil step her mother’s formidable friend and former British MP, Ethel Leckwith, and her student son, Lloyd, who soon learns for himself the brutal reality of Nazism.

Loved it. Very educational. Couldn't put it down. I really connected with the characters in this story.