Recently watched the documentary Atari: Game Over I'd highly recommend checking out before listening to this to give you some indirect background.

I would recommend this to anyone who likes video games.

Highly entertaining all round and Wil Wheaton did a great job with narration. He was well suited to this book as the main voice.

I loved all the references, the book really struck a cord with me overall 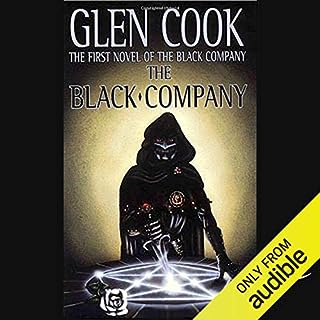 Some feel the Lady, newly risen from centuries in thrall, stands between humankind and evil. Some feel she is evil itself. The hardbitten men of the Black Company take their pay and do what they must, burying their doubts with their dead - until the prophesy: The White Rose has been reborn, somewhere, to embody good once more. There must be a way for the Black Company to find her....

I also don't get it

I got this book with the view to read the series as it appears on some recommended book lists I follow.
Looking more closely at the reviews on here it appears people fall into two camps either loving or hating it.
After listening to more than half the book I have to admit I just could not get into it.
I'm distracted by the narrator and poor voice acting in my opinion, bad writing, poorly developed characters, story that jumps all over the place and is difficult to follow.
Personally I just put it down to the fact that it was written in the 80s and we've moved on.
The just pales in comparison the the Joe Abercrombie books I just finished listening to.
I just can't recommend this. 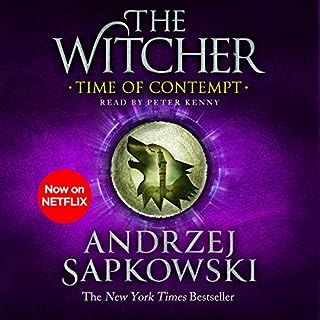 Geralt the Witcher has fought monsters and demons across the land, but even he may not be prepared for what is happening to his world. The kings and armies are manoeuvring for position, each fearing invasion from across the river, each fearing their neighbours more. Intrigue, dissent and rebellion are on all sides. The Elves and other non-humans are still suffering under decades of repression, and growing numbers join the commando units hidden deep in the forest, striking at will and then dissolving into the trees.

Another entertaining installment of the Witcher saga.
I was impressed by the narrator's performance, it's so easy to forget that it's just one person voicing all the characters!