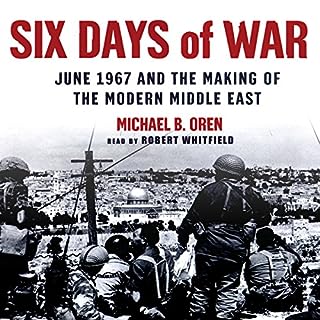 In Israel and the West, it is called the Six Day War. In the Arab world, it is known as the June War or, simply, as "the Setback". Never has a conflict so short, unforeseen, and largely unwanted by both sides so transformed the world. The Yom Kippur War, the war in Lebanon, the Camp David accords, the controversy over Jerusalem and Jewish settlements in the West Bank, the intifada, and the rise of Palestinian terror are all part of the outcome of those six days.