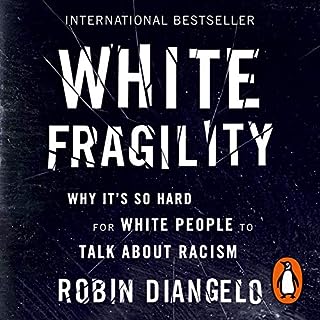 White fragility is a collection of haphazard personal anecdotes which are collated and used to claim a universal understanding of societal racism.
The author is very unorganised and unprofessional in her thinking focusing only on white and black people to create her narrative while completely ignoring the Asian and Indian experiences.
She attacks the concept of Individualism yet aims to solve racism through individual self reflection, seeking to both absolve individuls of autonomy whilst also holding them accountable.
Di Angelo attacks objectivity, yet claims racism and white supremacy as a universal truths whilst also taking thinly veiled swipes at Democracy, Capitalism and Meritocracy as social goals to strive for.
Di Angelo attempts to break down the good-bad dichotomy of racism, so as to no longer need to hold individuals to account for the intent of their actions only the outcome on others. This makes sense when understanding the emotions of victemhood as uncontrollable, however she then preceded to hold white woman to account for their emotions.
Overall the book was like an ingrown hair with the the author so clearly lost in the fight against racism that she has lost a grip on reality in the pursuit of tactical maneuverings in the culture war.