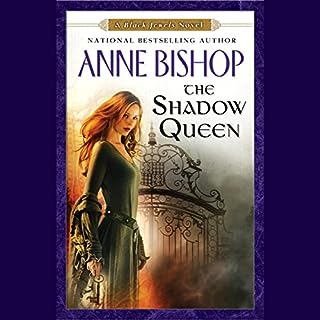 Now, only 100 Warlord Princes stand - without a leader and without hope. Theran Grayhaven is the last of his line, desperate to find the key that reveals a treasure great enough to restore Dena Nehele. But first he needs to find a Queen who remembers the Blood's code of honor and lives by the Old Ways. The woman chosen to rule Dena Nehele, Lady Cassidy, is not beautiful and believes she is not strong. But she may be the only one able to convince bitter men to serve once again.

My kind of trash

Familiar story for me. The narrators accent for Jaenelle was awful and jarring. otherwise good. This is one of my favourite books in the Black Jewels trilogy. It's just a shame the follow up shaladors lady isn't available 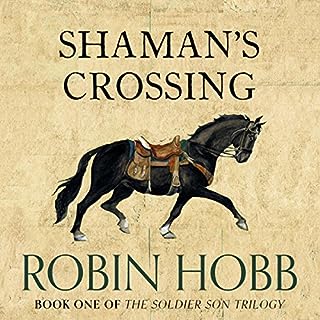 Young Nevare Burvelle is the second son of a second son. Traditionally in Gernia, the firstborn son is heir to the family fortunes, the second son bears a sword and the third son is consecrated to the priesthood. Nevare will follow his father – newly made a lord by the King – into the cavalry; to the frontier and thence to an advantageous marriage, to carry on the Burvelle name. It is a golden future, and Nevare looks forward to it with relish.

I Love this book

With a capital L. Such an underrated work from Hobb, especially from fans of her Fitz and Fool series. Give it a chance, the world she builds is remarkably unique and unforgettable. The magic system is unlike anything else I've ever read and the slow pace draws you in and is so rewarding. I'd give it 6 stars if I could 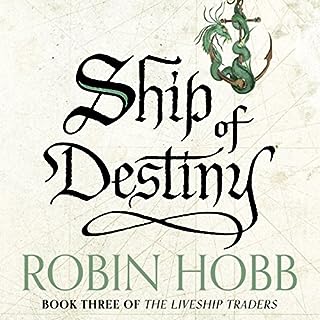 The dragon Tintaglia has been released from her wizardwood coffin, only to find that the glories of her kingdom have passed into ancient memory. Meanwhile, Malta Vestrit navigates the acid flow of the Rain Wild River in a decomposing boat, accompanied by the Satrap Cosgo and his Companion Kekki. Against hope, a ship appears in the alien waters, but does it mean rescue, or a further nightmare, for Malta? In ruined Bingtown, the citizens are at war against the Chalcedean mercenaries besieging the harbour.

Fantasy the way it should be. hard to get into at first but glad I persisted 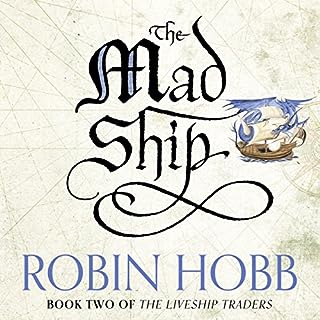 Althea Vestrit has found a new home aboard the liveship Ophelia, but lives only to reclaim the Vivacia as her rightful inheritance. However, Vivacia has been captured by the pirate ‘King’ Kennit and is acquiring a keen bloodlust. Bingtown becomes embroiled in a violent political upheaval against the corrupt Jamaillian leader, while the fading fortunes of the Vestrit family lead Malta deeper into the magical secrets of the mysterious Rain Wilds Traders.

I normally listen to audiobooks to help me sleep, but this was so riveting it kept me awake. 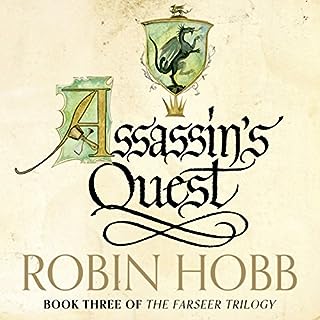 best series I have ever read with the exception of the soldier son series. the narrator was hard to get used to at first because of his plummy accent but his skill with voices lent a lot to the telling. loved it