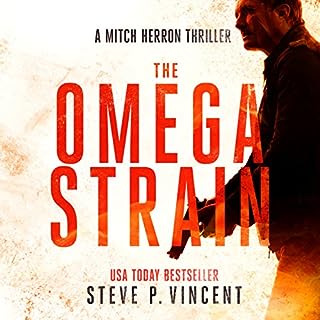 Meet Mitch Herron: unstoppable assassin and biological nightmare. Herron's business is death and business is good. Though he's an assassin without equal, his latest job is no walk in the park. Fanatics hell-bent on cleansing the planet ambush Herron and turn him into a walking bioweapon. With only days before he's used to spread the most lethal contagion in human history, Herron can surrender himself to quarantine or hunt down the fanatics, knowing he might be the only person who can. The clock is ticking....

With the current world turmoil this is hopeful

Radical Environmentalists creating a strain of measles that would decimate the world, and only one assassin and a scientist stood against it.
It's a blood thirsty flight to gain knowledge quickly, to fight against a deadline, a fight that they dare not loose. Across numerous states, with law enforcement agencies against them at every turn, not understanding their plight, and not having time for explanations. 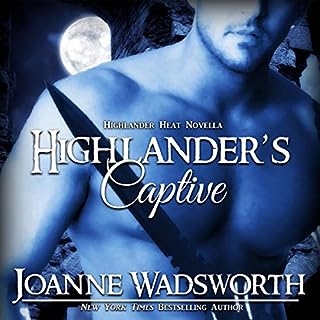 Twenty-two-year-old Julia MacLeod discovers a secret tunnel leading from Dunvegan Castle, the stronghold of her MacLeod clan. Her chief would never allow her to leave without a guard during this time of war, but up for an adventure, she scurries along the dank passageway and through a maze of twists and turns.

A reread found the same enjoyment as first read

A small escapade turns into a near death experience, and a rescue.
However, there's more to this short story, but I hate to spoil a good yarn.
A hot romance, that I believe most will enjoy. 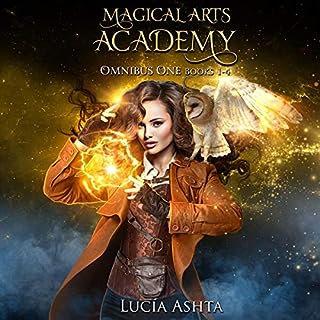 An ordinary girl, a dream to become extraordinary, and the powers that will lead her to change the world. What would you do if you were invited to study at the Magical Arts Academy? Enroll, of course! Join Isadora and her crew of magical misfits. Embark on a wild adventure today!

At times, frightening and dramatic, others magical

Book 1 First Spell
Two young people, left in safe keeping with their uncle, are 'sold' and are transported via coach, which is subsequently raided.
The truth is explained, By a ghostly presence, that they were being besieged by dark magicians.
It's an adventurous beginning, to seems to be an interesting saga.

Book 2 Winged Pursuit
Woken from sleep, to a magical war on the roof, the dark wizards again were attacking on the back of the small dragon like creatures.
Dramatic scenarios occur, and the young woman learns more of the mystical world she finds herself in.

Book 3 Unexpected Agents
We meet new teachers and students, as well as attend a couple of lessons, although the fight and continued infiltration of dark wizards take up a lot of time.

Book 3 Improbable Ally
Being naive and unwittingly being dragged into something that could be deadly, for magic users might be scary, but for those without magic, it could be terrifying.
Luckily help comes from an unlikely source, with an added bonus of learning a new magic trick.

These books seem very short, ending just as the story seems to be warming up. 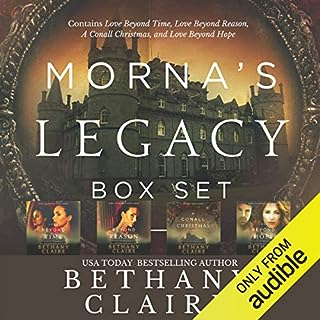 This set of books , all hinging on Morna's matchmaking and magic have been a joy to listen to. The audio rendition has added to the writer's techniques of engaging the reader with romance, drama and enchantment.
I have enjoyed the 4 books in this set. 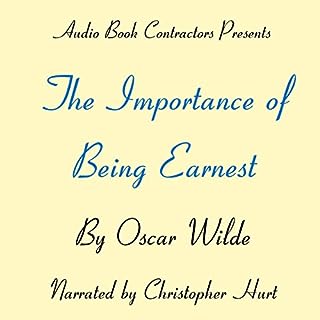 In this classic 19th century comedy of manners, Jack Worthing and Algernon Moncrief masquerade under the name of Earnest in order to win the love of Gwendolyn and Cecily. But first they must match wits with the inimitable Lady Bracknell!

A timeless classic, that still can gain laughs.

This play, when looked at in the time it originally was performed, must have indeed caused a stir in higher society, as it ridicules all the things the Ton holds near.
However, it is very entertaining, to today's audiences, in the puns it so subtlety delivers. 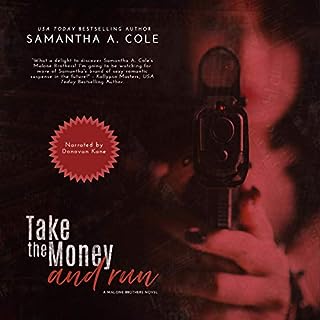 KC Malone is on a four-week leave from the navy when he arrives at his uncle’s beach house to find a beautiful woman pointing a gun at his chest. What the hell has he just walked in on? Moriah Jensen is on the run from dirty cops and ruthless drug dealers.

Sometimes, your lucky to find the good guys.

Young woman running for her life, from drug thugs, who had already killed her family.
Luckily, she trusted a kindly old man, and rented a beach house he had.
However, he didn't say anything about his hunk of a nephew that wanted to crash, very late one night.
Okay, a lot more to the tale, but you need to listen or read it, for yourself.
The narrator did a fantastic job of reading this book, adding a further umph to a knockout story. 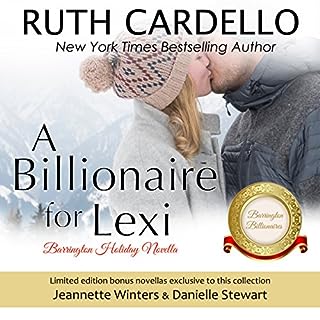 Clay Landon has never taken himself or his life of privilege seriously. He has spent his life going where he wanted, when he wanted, and keeping his relationships as casual and open as his lifestyle. It's a pretty damn good life until he meets Lexi Chambers, an equally free spirit who is completely unimpressed by him or his wealth.

I so love Ruth Cardello and her colleagues work!

1: Billionaire for Lexi by Ruth Cardello
The characters of the Barrington family appear, large as life, but this novelette centres on two side characters, Lexi, twin to Willa, and Clay Layton, the rich billionaire, that has been semi adopted by the family due to his friendship with...
However, Cupid looks like his arrow has hit Clay directly in the heart. Now he has to convince Lexi that he is interested in more than a one night stand.

2: Just in Thyme by Jeannette Winters
Again the Barrington family are involved, although this is another couple on the peripheral, Vincent Moretti, guest to the snowed in Charity raiser and renowned chef and restaurant owner, seems to have meet his match in the sassy Renita Gallo. There is a lot going on in the kitchen, which heats up, regardless of the blizzard conditions outside.

3: Midnight on the Slopes by Danielle Stewart
Nolan didn't want to attend the fund raiser, but between the coaching of his sister, Libby and Holly, the young quirky girl, who had volunteered to help out, even though Holly and Nolan had never meet before their encounter in the cafe, where she had overheard his conversation with his sister.
Unfortunately, fate catches up with Holly, but Nolan isn't ready to give up on the friendship just yet. It's a new year, with new beginnings, after all! 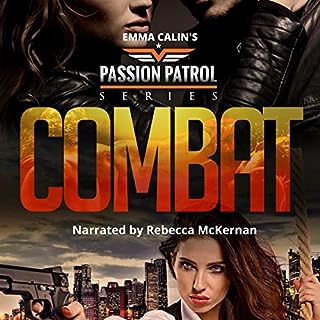 Interpol cop, Anna Leyton, spirals down into a hopeless vortex of sexual and emotional turmoil, as she fights to keep her professional cool in her latest assignment. A boxing referee is dead in a river, and millions of dollars are placed on sexy boxer and playboy Freddie La Salle's next fight. What will happen when the charismatic suspect she is tracking turns on his charm and seduces her? Will passion take control? Find out in this suspenseful, action-filled, pulse-pounding adventure that will take you on a roller-coaster ride of passionate romance, deception, danger, and love.

One chance encounter changed a lot for her!

Okay, it seems one glance was enough for both our main characters, but fate and circumstances had a lot to do to allow the relationship to flourish.
As airchair voyeurs, we Travis the globe, watching and experiencing young love blossom. The rhetoric is a bit flowery in places, but this isn't my thoughts but that of brave English lass, who gave away wealth, to work as a cop on the tough London streets.
Freddie, our protagonist, art lover and
one hunk of a man, is the ideal match for our brash, beautiful cop.
However, there are potholes in the road of love, and these two both have there own secrets. Read the author's story for them, it is vivid and alive.
The narrator allows us to appreciate the fast pace of the tale, doing a marvelous job of creating the visual pictures that writer intended. 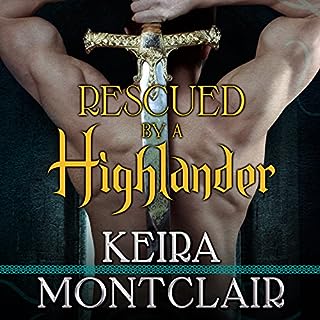 Forced into a betrothal to a man she hates, her only way out is to escape to a convent. Laird Alexander Grant is honor bound to rescue Maddie after seeing the bruises on her face. What he doesn't realize is that once he holds the beaten lass in his arms, his heart will never be the same. He vows revenge for the abuse she was forced to endure and yearns to make the sweet woman with an iron will his, but can he help her fight the demons in her mind left behind by her abusers' horrid treatment?

A traitorous tale, with redemption in love

The heroine preserves against the sadistic attraction of her step brother.
A chance encounter, when she isn't aware, shows the gallant knight, who would be her saviour, what she is made to endure.
However, the scars on the body, isn't the only scars she has, and it is the emotional impact, of what she has endured, that has to be overcome, before a true life of a woman and wife can be lived.
The hero is both a ruthless knight of the times and a caring loving liege, caring for his siblings in his charge, with care, consideration and respect.
This care he extends to the woman whose courage has won his heart. 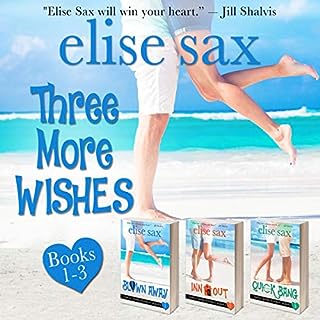 A quirky set of stories.

A quick paced tale of two journalists after an exclusive interview with a known drug lord.
They get more than they bargain for, plus their own relationship takes a distinct turn for something they both could have only dreamed about.
I submitted this review after listening to the audiobooks for this series.

2: Inn & Out
We met Beryl the last episode, and now we find out how her and the inheritance works out.
I hate to give away a great storyline, but there is one hunk of hottie involved.

Again, a very fast paced tale, young unrequited infatuation with a brother's best friend, a dark and stormy night, watching chainsaw massacre on television, weird sounds in a house that has the girl and dog as occupants.
You can either read (or listen) to the author's story or use your own imagination. I would go with the author's version, if you want a funny, funky and heroic tale.