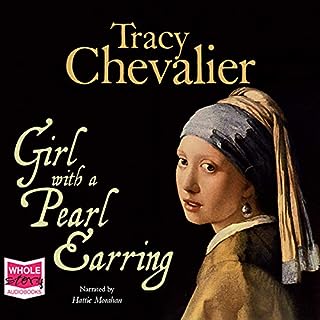 An international bestseller with over two million copies sold, this is a story of an artist's desire for beauty and the ultimate corruption of innocence. 17th Century Holland. When Griet becomes a maid in the household of Johannes Vermeer in the town of Delft, she thinks she knows her role: housework, laundry and the care of his six children.

Hattie Morahan made this a very pleasing experience with her lovely English and gentle voice. I enjoyed the story and the painting references and aspects of history. I'm not sure its even based on truth but listening while looking at the painting referred to in the title, makes it quite special. I'll check for further titles by the same author and narrator. Thank you. 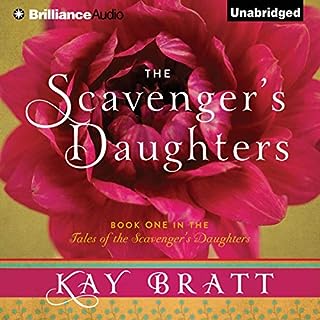 Coming of age during China’s Cultural Revolution, Benfu survived the cruel years, but he did not emerge unscathed. The Scavenger’s Daughters is the story of Benfu and his beloved wife Calli, chronicling their attempts to build a life in the turmoil and aftermath of Maoist China. At the heart of their struggle lies the pain of losing their only child. To fill the terrible hole in their lives, they take in abandoned girls - the unwanted "weeds" - as their own, lovingly caring for them as flowers in a garden.

This book shows a little of the results and experiences of the Cultural Revolution in China through the eyes of Benfu. There's quite a lot of repetition about the past in the story, which detracts from it a bit. I would not look for further writing by this author. 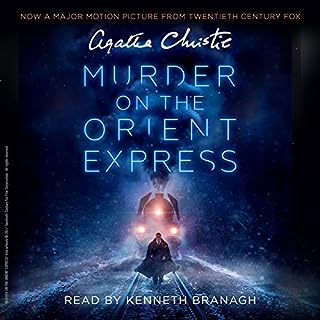 Agatha Christie's most famous murder mystery, recorded by the director and star of the blockbuster film adaptation, Kenneth Branagh. Just after midnight, a snowdrift stops the Orient Express in its tracks. The luxurious train is surprisingly full for the time of the year, but by the morning it is one passenger fewer. An American tycoon lies dead in his compartment, stabbed a dozen times, his door locked from the inside. Isolated and with a killer in their midst, detective Hercule Poirot must identify the murderer - in case he or she decides to strike again.

I very much enjoyed this performance. Even knowing the story it was great to hear it again . One of Christie's better stories. 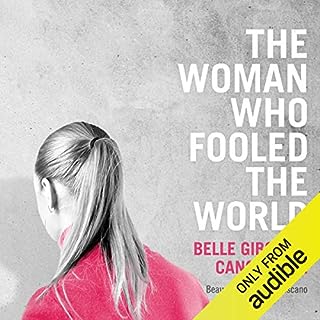 Belle Gibson convinced the world she had healed herself from terminal brain cancer with a healthy diet. She built a global business based upon her claims. There was just one problem: she'd never had cancer. In 2015, journalists uncovered the truth: this hero of the wellness world, with over 200,000 followers, international book deals and a best-selling smartphone app, was a fraud.

I listened to the book in almost one sitting. VERY enjoyable in that its 'beautifully' written and masterfully narrated, plus its not 'only' about Belle Gibson. I had heard of Belle and knew the term Munchausen or hypochondria, but this story gave much more information. There were descriptions of more Cancer scams and pseudoscience advocates. I know a person who falls into the category of Munchausen by proxy and have cared for patients who tried (and wanted to try) alternative treatments like coffee enemas and the toxicity of almond kernels. Best of all this book very responsibly recited interviews with genuine Cancer sufferers and their Doctors. It points out the importance of the acceptance of the inevitable and the value of time with loved ones who have been given a (humanly speaking) "time" to die. Further, this book demonstrates the anxiety these days by news outlets to have "breaking news" which can lead to insufficient fact checking. Social media has changed the face of information and news, but has not changed the responsibility for News outlets of every type to be responsible for what they share. Checking facts and truth will go a long way to preventing fabricators such as Belle Gibson from doing their destructive work. 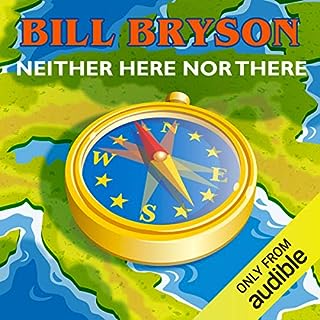 In Neither Here nor There Bill Bryson brings his unique brand of humour to bear on Europe as he shoulders his backpack, keeps a tight hold on his wallet, and journeys from Hammerfest, the northernmost town on the continent, to Istanbul on the cusp of Asia.

blasphemy put me off

Uneccessarily taking opportunities to blaspheme. I find that offensive and have no idea why authors resort to it. 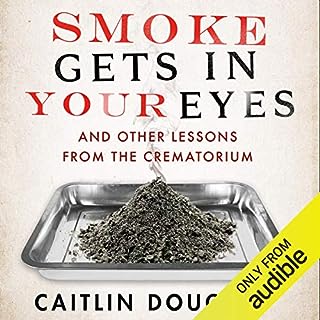 Possibly interesting if one removes the jabber.

If it was not for all the " waffle" this might be what it intends to be...a book; about death, cremation and burial. The first chapters dealt with shaving a dead man plus the moody boss and the lesbian flat mate who was stood up by a married man. Eye roll! Returned the book. 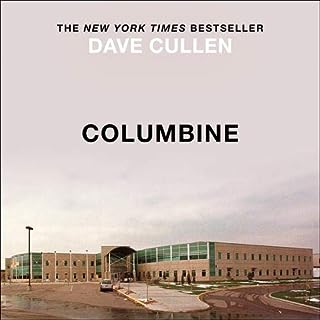 What really happened on April 20th, 1999? The horror left an indelible stamp on the American psyche, but most of what we thought we knew was wrong. It wasn't about jocks, goths or the Trench Coat Mafia. Dave Cullen was one of the first reporters on the scene, and he spent 10 years on this book, the definitive account. With a keen investigative eye and psychological acumen, he draws on mountains of evidence, insight from the world's leading forensic psychologists. Cullen paints raw portraits of two polar opposite killers.

A cleverly written book on the dreadful crimes at Collumbine. It describes the events as well as the development of the anger and desire to revenge themselves by the killers. 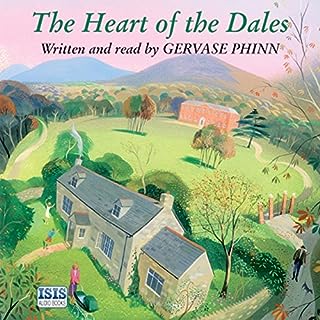 Gervase Phinn’s colourful characters have now become firm favourites – the mostly mad staff at County Hall and the children themselves, who find ways of embarrassing the school inspectors with innocent ease. We reconvene with Christine Bentley, head teacher of Winnery Nook School and now Gervase’s wife and mother of their son; the well-named Mrs Savage and not forgetting the Queen of the Clean – Connie.

Repeat of previous or other books

I’ve listened to two other books on village schools by this author, and this has so much repetition in it that I’m returning it. It’s a shame the author had to resort to the same sayings, anecdotes and ‘Dales’ characterisations as in other books. As usual, the author’s narration is very good. 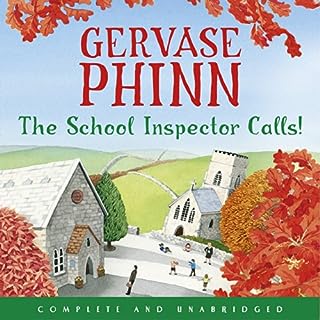 Summer has arrived in Barton-in-the-Dale and as a new term begins at the little primary school, it's not just the warm weather that's getting people hot under the collar. Meetings with the teachers from Urebank School to discuss the merger are producing more than a few fireworks, a disruptive new pupil arrives, set to cause trouble, and a surprising staff love affair is exposed.

Quite lovely to listen to

Yes I loved it and would even have enjoyed a bit more. Particularly sensitive to children's needs the author has fine understanding of young and old. The story is slightly repetative, but its forgiven because of the fine charachters. The narration is just perfect. All round a lovely few hours of storytelling. 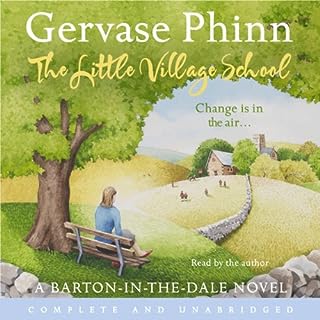 She was wearing red shoes! With silver heels! Elisabeth Devine causes quite a stir on her arrival in the village. No one can understand why the head of a big inner city school would want to come to sleepy little Barton-in-the-Dale, to a primary with more problems than school dinners. And that's not even counting the challenges the mysterious Elisabeth herself will face: a bitter former head teacher, a grumpy caretaker and a duplicitous chair of governors, to name but a few. Then there's the gossip.

What a joy to listen to. The performance is perfect. Its fun and quite funny in parts. The story is on local characters and their activities. It would fit nicely into the Young Adults section and is not unlike the Miss Read books.