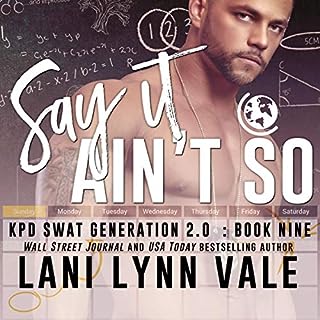 He should’ve never left his house. He should’ve stayed at home. He has a legitimate excuse - he’s running a fever and he’s fairly sure he’s developing pneumonia. He should have called in sick...but he doesn’t. He goes to work, because his team is relying on him. Needless to say, when Samuel Adams walks into the pharmacy hours later, he only has one thing on his mind. Ibuprofen. Sadly, he never gets to the Ibuprofen. Mostly because before he gets there, he finds a junkie waving a gun around threatening to kill anybody that moves.

Tears your heart apart and puts it right back together again

Another hit by Lani Lynn Vale, warning this one is a bit of a tear jerker, but you can place your trust in the writer as she tears your heart apart and puts it right back together again