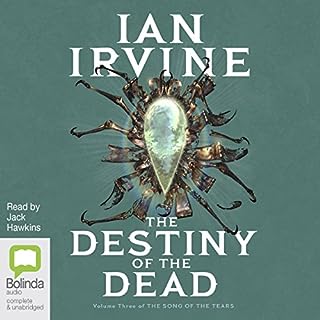 The dramatic concluding volume in an epic tale of hope in the face of adversity. Nish, his battered little troop and his few remaining allies are trapped on the Range of Ruin by the God-Emperor's mighty army. Nish's only choices are a humiliating surrender to his father or a suicidal fight to the death. Yet Nish has to fight, and somehow he has to win, for the beautiful world of Santhenar is in peril and no-one else can save it.

Again! Jack Hawkins you are the worst! Why change all of the names?! Grrrrrrr! 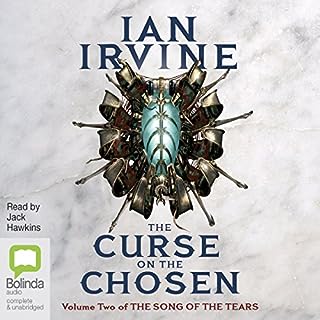 The second instalment of Ian Irvine's dramatic epic fantasy series, The Song of the Tears. Beset by false friends and the weight of a world's expectations, Nish flees his father, the God-Emperor - always searching for the means to orchestrate his downfall. Nish's reluctant allies are Maelys, who believes he betrayed her family; former scrutator Xervish Flydd, now stripped of power; and Colm, whom Nish owes a favour he can never repay.

Why?! For the past 3 series would you change the damn pronunciation and accents of the main characters of the story! I hate the narrator! It makes my skin crawl listening to him. Gross! 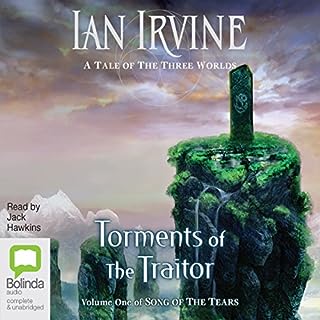 After 10 years of servitude, Nish is about to be released from the blackest prison of his corrupt father, the maimed God-Emperor, Jal-Nish Hlar. Using the sorcerous Profane Tears, Gatherer and Reaper, Jal-Nish has crushed all opposition and is remaking Santhenar in his depraved image. The oppressed peoples of the world see Nish as a messianic figure, the Deliverer, who promised long ago to return and cast down his father.

Blah, this speaker is horrible! Please, for the love of my hearing never use this narrator again. I have switched to reading this book (when I have time) instead of listening. Thanks for ruining a great book and wasting a credit. 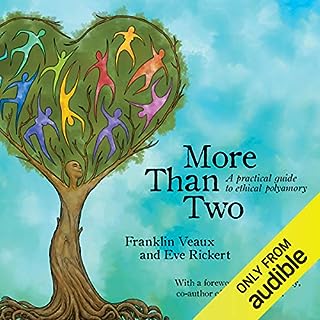 Can you love more than one person? Can you have multiple romantic partners without jealousy or cheating? Absolutely! Polyamorous people have been paving the way through trial and painful error. Now the new book More Than Two can help you find your own way.

I always appreciate theaw authers. This book has helped me through lows and highs of poly! Thank you again. 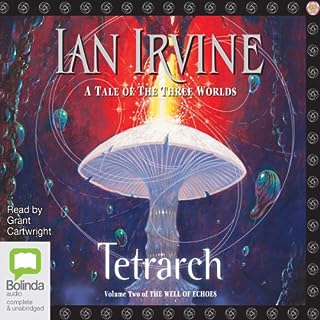 Santhenar is on its knees. The war with the alien lyrinx drags on, and humanity is losing it, but there is worse to come. The Aachim have invaded with an irresistible force - a fleet of battle constructs. Cursing humanity for the loss of Aachan and his own clan, the embittered Aachim leader, Vithis, demands half the world in reparation. The council is in no position to resist. But even if they agree to his demands, can anything satisfy his thirst for vengeance?

Very well read and amazing storyline as always! Ian Irvine I'm so glad I found you! 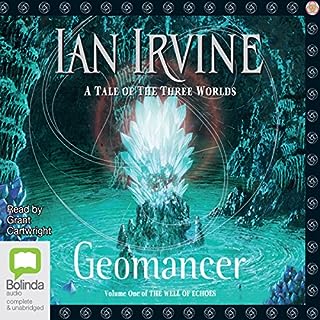 Two hundred years after the Forbidding was broken, Santhenar is locked in war with the lyrinx - intelligent, winged predators who will do anything to gain their own world. Despite the development of battle clankers and mastery of the crystals that power them, humanity is losing. Tiaan, a lonely crystal worker in a clanker manufactory, is experimenting with an entirely new kind of crystal when she begins to have extraordinary visions.

This book was so much more captivating than the shadow on the glass quartet! Really interesting. I couldn't turn this off.