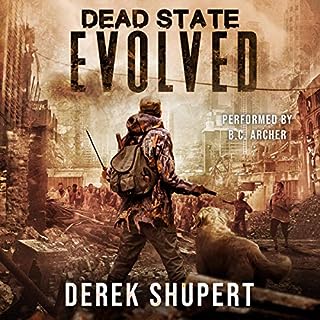 Everyone he loved is gone. To get them back, he’ll have to fight through zombie hell. Fifteen-year-old James is in a blind panic. Regaining consciousness after his escape chopper crashes, he’s horrified to find no sign of his faithful dog...or his sister. Enraged when he learns she’s been kidnapped, he enlists the help of a grizzled sniper seeking redemption. Bloody and broken, James undertakes a desperate race to rescue the girl and the cure her cells contain before she’s auctioned off to the highest bidder.

Nope Derek you can keep these zombies Once again awesome listen and a twisted story line but seriously can we keep some of these great people alive. Next please 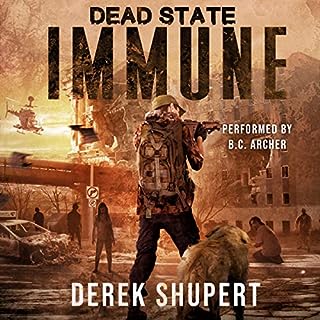 James will do anything to save his sister. After fighting to reach the army-secured medical building with his crew, he’s relieved she’s managed to fend off the infection. But it slices his happy reunion short when a sea of dead breach their barricade. As zombies smash their way up through the floors, his stomach plunges when he discovers the secret to saving humanity lies outside the blockade. And the only means to retrieve the data is for James and his faithful dog to descend into the hellish battleground.

So addicted to this series and I am so glad I have the next book downloaded and ready to listen to. Get to writing Derek I’m going to need more 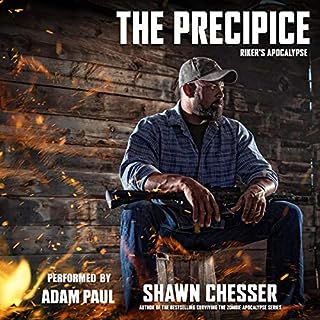 With the zombie apocalypse in full swing, Army veteran Lee Riker, his younger sister Tara, and their new friend, Steven “Steve-O” Piontek survive a grueling 2,000-mile trek from the shores of Florida to the deserts of New Mexico. After outfoxing the National Guard and staying ahead of a rolling shutdown that began in New York and swept across the country at a dizzying pace, Riker’s band finally make it to their ultimate destination only to come face to face with true evil. Days have passed and Lee Riker has a date with the court.

Once again an absolutely fantastic listen Shawn Chesser is an amazing story teller and Adam Paul is a delight to listen too. My only complaint is that this book was only just released and I have a long wait for the next one . Shame I can only give 5 stars,love this series. If you haven’t listened or read any of Shawn books I highly recommend you start immediately you won’t regret it.

Awesome conclusion to a great series will definitely be looking for more of Jason d Morrow books to listen too. Highly recommend 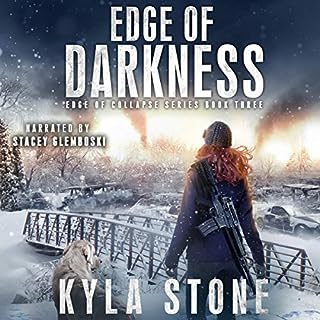 Liam and Hannah continue their dangerous journey, but their every step is dogged by a deadly adversary. Hunted and exhausted, will they have what it takes to get home? In Fall Creek, Noah struggles to protect his son and his friends. With the town running out of food and fuel and the cold as brutal as ever, they're forced to make compromises that may place them in even greater danger.

Another excellent book and the performance by narrator was awesome. Some shocking developments but what else can we expect from Kyla . Now onto the next book 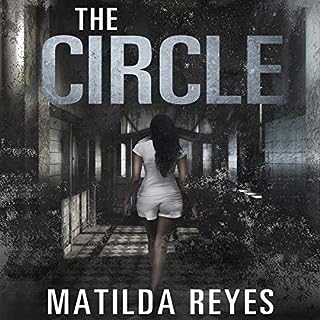 The Order of Vespers is in turmoil. Their most powerful supernatural members have been kidnapped by a cult hell-bent on destroying the cosmic balance. Its members are revolting and their leadership, the Circle, is hanging on by a thread. The one person who can save them, Jasper, has been missing for over a year. Jordan gets a lucky break when one raid turns up more than they could have hoped for: A way to bring back his dearest friend and partner-in-crime. While members of the Circle are against using magic to restore her, Jordan is convinced that Jasper has a larger role to play.

Great book and now I need to get the next one I can’t be left hanging. Well done Matilda Reyes this is not my usual genre but you got me hooked. 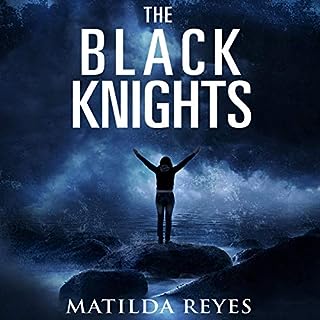 Since Jasper Andrews took up her mantle as an assassin of the Order of Vespers, she’s seen just about everything. She came into supernatural abilities that belonged to her deceased siblings, chatted with deities, and trained with an immortal mentor. As if life wasn’t mind-boggling enough, she’s been put in charge of ending a cult hell-bent on unleashing chaos on humanity. Jasper finds herself relying on the one person who has the power to hurt her but can’t seem to fight the magnetic pull between them.

Fabulous series it sucks you in at the very beginning and leaves you wanting more. Extremely well written and the narrator does a good job . Well worth a listen

I was very impressed with this book I was doubtful as it isn’t my regular genre but I have purchased book two as I need the story to continue. Thank you Matilda for putting me onto your series

This was a great book to listen to,the story was good and had me engrossed I listened to it in one sitting and was annoyed when I had to converse with the family. It took me a bit to get use to the narrator but I did and he did a wonderful job. Highly recommend this as a quick and good listen