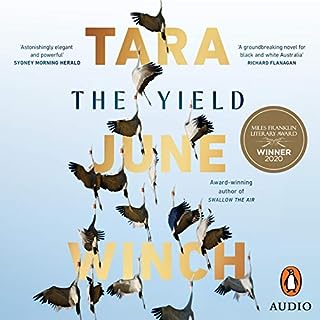 Knowing that he will soon die, Albert 'Poppy' Gondiwindi takes pen to paper. His life has been spent on the banks of the Murrumby River at Prosperous House, on Massacre Plains. Albert is determined to pass on the language of his people and everything that was ever remembered. He finds the words on the wind. August Gondiwindi has been living on the other side of the world for 10 years when she learns of her grandfather's death.

Perhaps better read than listened to

There were tidbits of this book that I really loved but I found the reader difficult to follow and I often found myself confused as to which of the the three characters were speaking.

A disappointment as an audiobook but perhaps easier and more engaging as a book. 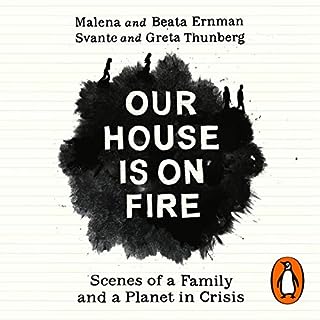 This is the story of a family led to confront a crisis they had never foreseen. Of a happy life with two young daughters which suddenly falters, never to be the same again. Aged 11, the eldest stops eating and speaking, while her younger sister struggles to cope. Slowly, alongside diagnoses of autism and selective mutism, their desperate parents become aware of another source for their firstborn daughter's distress: her imperilled future on a rapidly heating planet.

An easy and touching read/listen

This is the first book that I've read that's co-authored by Greta whose fight and resilience I admire, and I found it to be a good introduction into the family, their journey and the causes they champion. 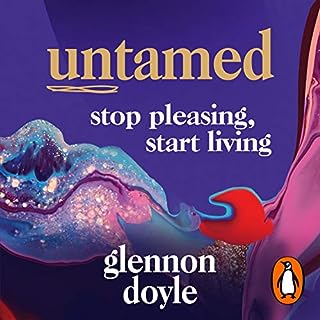 Glennon touches on some really important and complex themes that I wholly appreciate - gender roles, misogyny, privilege, religion, queer identity. But all of these themes were touched on only very lightly and the difficulties attached to them were quickly addressed with a repetitive and superficial attitude of self affirmation and inner strength.

Sarah Neilson in the Seattlr Times wrote that it "reads like a self help book for wealthy, white women". And I tend to agree.

Still, the stars are in appreciation of her honesty on why the notion of relaxing was annoying to her and her writing on the dichotomy of religion and in being in a same sex relationship (which admittedly I have not read so much about but was happy to have had an introduction through Untamed). 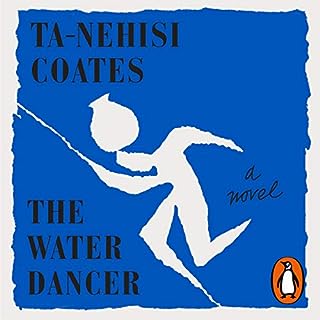 Brought to you by Penguin. Every slave plantation is a house of spies and intrigue. No slave walks a straight line or has a single story - deep within their hearts is betrayal and insurrection. But against whom? Hiram Walker is a man with a gift and a curse. He was born between worlds: his father a white plantation master, his mother a black slave. And, unbeknown even to himself, he was born with a special power. When he is sold to a new mistress as punishment for attempting escape, Hiram discovers her home is a secret hub of the underground railroad: a training ground for its agents.

Great hopes that lead to disappointment

I haven't yet read any of Ta-Nehesi Coates' other works but I have heard great things about them and so I was quite excited to read The Water Dancer, especially considering the very difficult and very real themes of slavery and the American South.

However, this book just did not resonate with me. I wanted to love it. I wanted to connect with it. But the characters were not very well developed and the story itself was not very well crafted. It meandered, was not rooted to anything, and only hit at the themes at a superficial level.

It's not with ease that I give such little stars, but I was wholly disappointed in this read/listen.