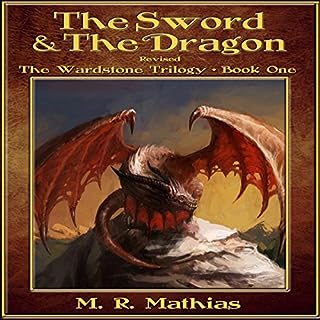 When the Royal Wizard of Westland poisons the king so that his puppet prince can take the throne and start a continental war, a young squire is forced to run for his life carrying the powerful sword that his dying monarch burdened him with from the death bed. Two brothers find a magic ring and start on paths to becoming the most powerful sort of enemies, while an evil young sorceress unwillingly falls in love with one of them when he agrees to help her steal a dragon's egg for her father.

The narrator Chris Dorman has a very distracting and unenjoyable voice. It ruined the story and the book for me.