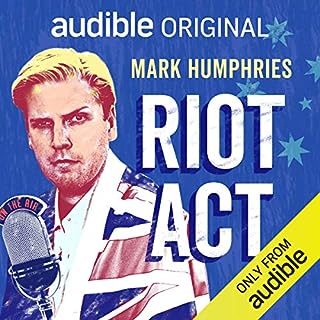 Campbell Parkes may be an idiot but he still has his own radio show, broadcast every day at midnight to a dwindling audience. His long-suffering producer Michelle longs to pursue real journalism but instead must listen to Campbell's on-air rants about expensive cinema tickets and reusable coffee cups every night. When an opportunity to grab the station's hallowed breakfast slot develops, it's time to raise their game and make the biggest splash possible - no matter how outrageous. It's a win-win situation: supporters tune in to cheer you on, and detractors tune in just to hate you.

Campbell Parkes is the love child of Mike Moore and KAK - I loved every second of this bubblehead’s adventures! It’s unrelentingly funny and the sound is bonkers good - listen with your best noise cancelling headphones.