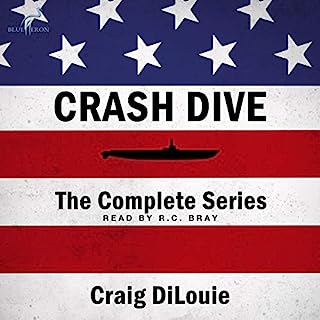 Crash Dive: The Complete Series chronicles the adventures of Charlie Harrison as he fights the Imperial Japanese Navy during WW2. Gripping, action-packed, authentic, and filled with larger-than-life men and women of the Greatest Generation, Crash Dive puts you aboard a submarine during the war. You'll stand alongside Charlie as he proves himself time and again by keeping his wits and being decisive in crisis, though each encounter leaves him more heavily scarred for it.

A ripper of a war story.

Great storyline, fantastic narration and a satisfying ending. Luckily this is my first submarine story. 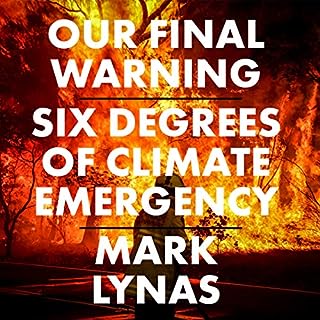 Mark Lynas delivers a vital account of the future of our earth, and our civilisation, if current rates of global warming persist. And it’s only looking worse. We are living in a climate emergency. But how much worse could it get? Will civilisation collapse? Are we already past the point of no return? What kind of future can our children expect? Rigorously cataloguing the very latest climate science, Mark Lynas explores the course we have set for Earth over the next century and beyond.

This is the most important book you will read this

Once you have experienced this book you will not go sleepwalking into the future. You will be informed and able to make decisions for yourself and join the chorus of voices seeking change for the good of all life on earth.