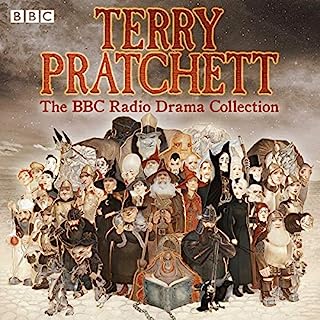 Somewhere on the frontier between thought and reality exists the Discworld, a parallel time and place which might sound and smell very much like our own, but which looks completely different. Collected together for the first time are seven full-cast BBC Radio dramatisations of Terry Pratchett’s novels, with star-studded casts including Martin Jarvis, Sheila Hancock, Anton Lesser, Philip Jackson, Alex Jennings and Mark Heap.

It is laugh-aloud funny. The BBC does this sooo well. A joy to listen to, just a risk that you won't want to "put the book down"