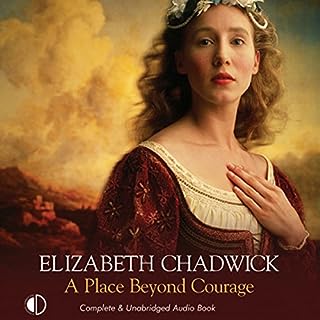 It is a time for ambitious men to prosper, and royal servant John FitzGilbert Marshal is one of them. Raised high, as the kin of the deceased King Henry battle each other for England's throne, John reaps rich rewards but pays a terrible price for the choices he makes - as does his family. His wife, fragile, naïve Aline is hopelessly unequipped to cope with the demands of a life lived on the edge and, when John is seriously injured in battle, her worst nightmare is realised.

Beginning of a fabulous series

I love all Elizabeth Chadwick’s books but this one the beginning of the William Marshall series is one of my all time favourites. Wonderful historical beautifully written. 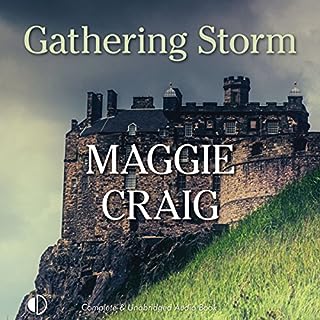 Edinburgh, Yuletide 1743. Seconded back from the wars in Europe to captain the city’s town guard, Robert Catto fears his covert mission to assess the strength of the Jacobite threat will force him to confront the past he tries so hard to forget. Christian Rankeillor, known as Kirsty; her surgeon-apothecary father; and his apprentice, Jamie, are committed supporters of the Stuart cause.

I have read quite a few books on this period in Scotland’s history, I’m enjoying this different approach to telling of this time, I look forward to the next instalment 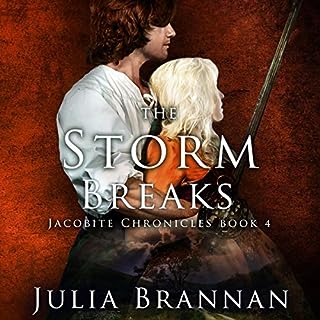 It is 1745 and the rebellion that the Jacobites have worked towards for so many years is finally under way. Prince Charles is in Scotland gathering the clans and they are rising, ready to fight and if necessary, die for him. At his prince’s command, Alex, trapped by his own success as a spy, reluctantly remains in London with Beth. His clansmen, meanwhile, head north to join the rebels.

Again Will and Rosalyn have narrated superbly, another of Julia’s Jacobite Chronicles, this book telling us of the Lead up and battle of Culloden. Giving us an many facts of this dreadful time in Scotland’s history. A must read or listen especially for those interested in this time in Scotland’s history. Can’t wait for book 5 , though I have read he books several times, I look forward to them been brought even more to life in audiobook 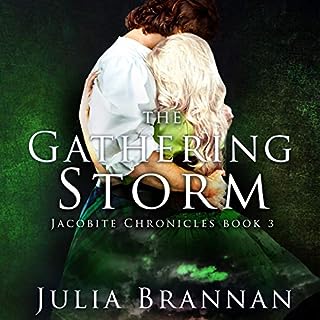 The year is 1744 and Prince Charles Edward Stuart is stranded in France, his hopes temporarily frustrated, as the planned French invasion to restore his father to the British throne has had to be abandoned. The prince, frustrated beyond endurance, makes an impulsive decision that will change not only the lives of the MacGregor family but the history of Britain forever. Meanwhile in London, Beth, bored to distraction by the inanity of society life, hatches a plot with her friend Caroline to free the timid Anne Maynard from the clutches of her domineering guardians.

This is my favourite book in this marvellous series, Will and Rosalyn have narrated the story beautifully and brought all the wonderful characters to life superbly. Can’t wait for The Storm Breaks to be released. 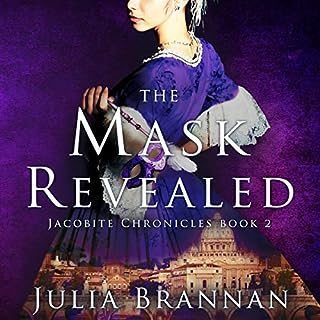 Britain moves ever closer to the 1745 rebellion and the impending attempt to restore the Stuarts to the British throne. With no other options available to her, Beth marries the effete and tedious social butterfly Sir Anthony Peters. She resigns herself to a future of formal parties and dismal social gatherings whilst accompanying a husband who is both tiresome and physically repellent to her. But she consoles herself with the thought that if she is not to know love, then, at least she will have a secure and comfortable life.

Will and Rosalyn have done an awesome job of narrating Julia’s book 2 of her Jacobite Chronicles, as they did with book 1. They have brought Julia’s wonderful characters and story vividly to life. This wonderful work of historical fiction is well worth the read and listen . Looking forward to the next instalment of Jacobite Chronicles. Pursuit of Princes. 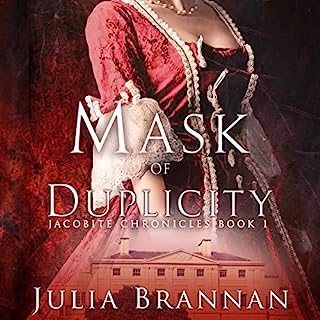 Following the death of their father, Beth's brother, Richard, returns from the army to claim his share of the family estate. However, Beth's hopes of a quiet life are dashed when Richard, dissatisfied with his meager inheritance and desperate for promotion, decides to force her into a marriage for his military gain. He will stop at nothing to get his way.

I have waiting for this book to be released in audiobook, and thrilled to say it has been well worth the wait. Rosslyn and Will, have done a brilliant job of bringing Julia’s wonderful story and characters spectacularly to life. I highly recommend it to those who are already fans of Julia’s books and for all those yet to discover this brilliant work of historical fiction, that tells the history of the 45 Jacobite Rising through the wonderful characters of Alex, Beth and co. I for one will listen to it many times and look forward to the release of the rest of these books in this fabulous series.