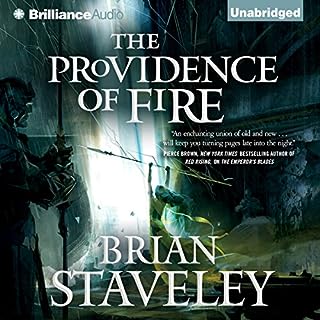 Having learned the identity of her father's assassin, Adare flees the Dawn Palace in search of allies to challenge the coup against her family. Few trust her, but when she is believed to be touched by Intarra, patron goddess of the empire, the people rally to help her retake the capital city. As armies prepare to clash, the threat of invasion from barbarian hordes compels the rival forces to unite against their common enemy.

Poor continuation of something good

I am in a point where I am not sure if it will be worth buying the next book. I liked the elements and characters, but in this book characters did some unreasonable choices that the writer really tried to justify them and characters get out of expected character behaviour too often. Those things got me a bit disappointed and decided to move on to another author series. I may be back, but I am afraid of getting further disappointed. 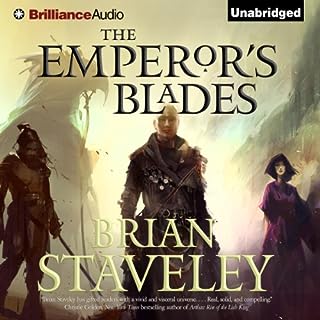 In The Emperor's Blades by Brian Staveley, the emperor of Annur is dead, slain by enemies unknown. His daughter and two sons, scattered across the world, do what they must to stay alive and unmask the assassins. But each of them also has a life-path on which their father set them, destinies entangled with both ancient enemies and inscrutable gods.

I loved the book and characters, very interesting elements and concepts. This book is a great story but if you are reading because it is a series,watch out as you may get disappointed with the next book. Worth reading. 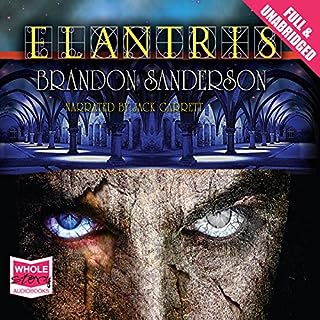 Elantris was built on magic, and it thrived. But then the magic began to fade, and Elantris began to rot. Now its shattered citizens face domination by a powerful Imperium. Can a young Princess unite the people of Elantris and lead a rebellion against the imperial zealots? Brandon Sanderson's debut fantasy showed his skill as a storyteller and an imaginer of baroque magical systems to be fully developed from the start.

Great story and narration. Jack (narrator) has good acting skills and a strong accent but doesn't take long to get used to. Story is as engaging as any of Sanderson. 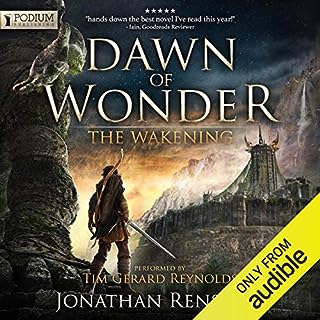 Enjoyed from start to finish，couldnt stop and dreaded the end of the book as book 2 is not out yet! Loved at the same level as name of the wind and way of kings stories! I am indeed looking forward to book 2!