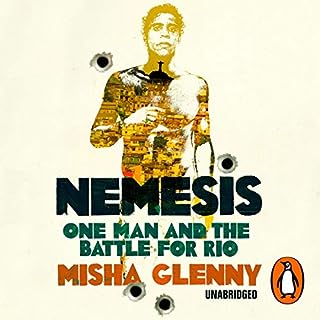 His name was Antonio, but they would call him Nem. From the infamous favela of Rocinha in Rio, he was a hardworking young father forced to make a decision that would turn his world upside down. Nemesis is the story of an ordinary man who became the king of the largest slum in Rio, the head of a drug cartel and perhaps Brazil’s most wanted criminal. A man who tried to bring welfare and justice to a playground of gang culture and destitution while everyone around him drew guns and partied.

lots of political and geographical descriptions that I found hard to follow. it made it hard to stay interested and thus sometimes i didnt know who they were talking about. 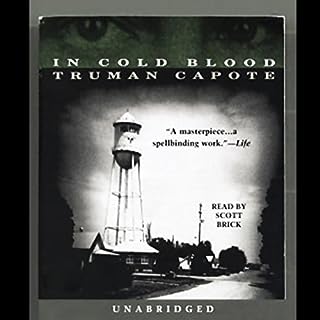 Why we think it’s a great listen: It’s a story that most people know, told here in an unforgettable way – an audio masterpiece that rivals the best thrillers, thanks to Capote genre-defining words and Brick’s subtle but powerful characterizations. On November 15, 1959, in the small town of Holcomb, Kansas, four members of the Clutter family were savagely murdered by blasts from a shotgun held a few inches from their faces. There was no apparent motive for the crime, and there were almost no clues.

Really interesting look into a horrifying crime. Listen to it speeded up as it goes into incredible depth.