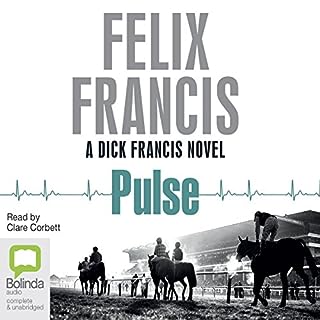 Chris Rankin is a doctor, a specialist in emergency medicine at Cheltenham Hospital, but a doctor who also has health problems. A smartly dressed man has been found unconscious at the local racecourse and is rushed to the hospital, where he subsequently dies. But who is he? Where does he come from? He had no form of identification on him, and no one claims the body.

A shame it had been Americanised

A story set in England, by an English author, and read by an English narrator, yet they americanised the vocabulary. Cell phones, licence plates, parking lots... It spoiled an otherwise gripping story.

Other than that both the story and narration were excellent. 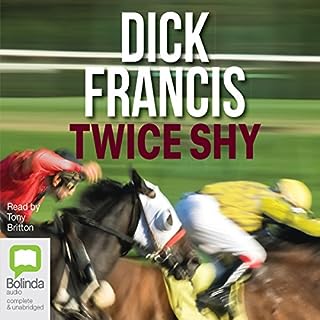 Computer whiz-kid Peter Keithly, asked to transfer a betting formula onto computer tape, dies shortly afterwards. An old friend of his, Jonathan Perry, finds himself in possession of the tapes, and also discovers that there are greedy, desperate men who will do anything to get their hands on the lucrative software. The evil, bull-faced Angelo goes too far and ends up in jail. Fourteen years later he's free, and very keen not only to get hold of the tapes, but also Jonathan Derry.

Dated but gripping, shame about the audio quality

The audio quality wasn't great, it changes pitch a lot particularly in the early chapters - must have been transferred from audio tape, which is apt considering the story.

The story itself was interesting, well put together, and classic Dick Francis. Amazing how computers have moved on though, it all sounds rather dated today!

I normally enjoy Tony Britton's narration but I found the American accent of the father a bit odd - adults moving overseas don't really pick up that much of an accent, but I guess he had to differentiate between the father and the son in the second half. 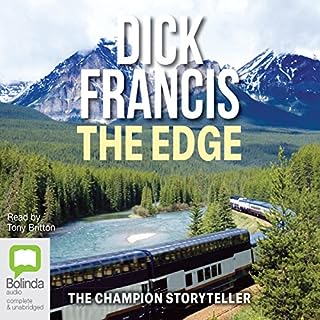 To the Jockey Club, the racing world would be a better place without Julius Apollo Filmer. An expert in corruption with a devastating line in witness intimidation, and proving to be a slippery character to put behind bars. Baffled, they call in undercover security agent Tor Kelsey to keep an unflinching eye on Filmer and his associates. A mission that takes him from the finest of English racecourses to the wild Canadian interior, on a luxury transcontinental train journey to end them all.

The story was pretty good although it wasn't one of Dick Francis's best I didn't think. The narration was great, but the recording was terrible. It sounded as if it had been transferred from audio tape and Tony Britton's voice gradually got deeper and deeper and then all of a sudden changed up again.