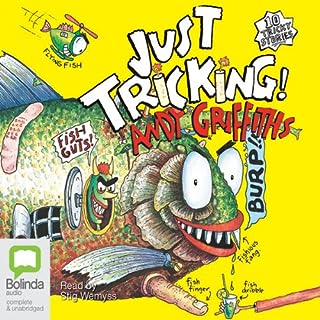 Ever tried to get out of going to school by pretending that you're dead? Ever managed to convince a friend that they're invisible? Ever been stuck in a gorilla suit and nearly put in a zoo? Andy has. Andy's the greatest practical joker in the world ... well, almost. He would be, if only his practical jokes didn't have the annoying habit of backfiring on him.

I love this book

This book is so funny. I love who reads this book. I listen to it before bed time. Thank you for this book. From Max 6 years old. 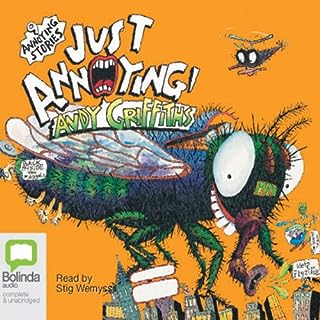 Is this the right book for you? Take the annoying test and find out. Do you ask 'Are we there yet?' over and over on long car trips? Do you like to drive people mad by copying everything they say and do? Do you hog the shower and use up all the hot water? Do you enjoy asking silly questions that have no real answers? Do you swing on the clothesline whenever you get the chance?

My son absolutely loves this book. We love Stig and how he really makes the book come alive. My Dad babysat my six year old who listens to this book every night, and my dad was laughing out loud and stayed in the room an hour after he fell asleep so he could hear all the stories. Brilliant book and incredibly read. Thanks for everything you call do to live in the minds of our kids. 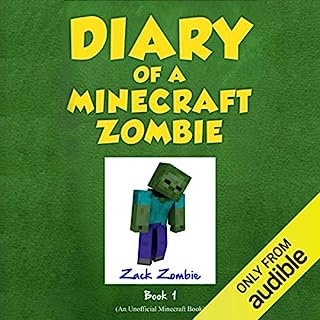 In the first book of this hilarious Minecraft adventure series, we get to hear the diary of an actual 12-year-old Minecraft zombie. Take a peek at what is really going on between the hollow eyes and dead expression that we normally see when we face the dreaded zombies of Minecraft.

I love this book, from Max 6 years old

I love listening to this before bed. We do these ones every night. Please make book 5 for me to listen too. From Max and Mumma