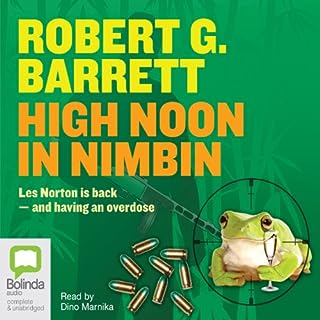 Arranging the hit on Fabio was a low act, and Les knew it. And when you get Sydney's deadliest killer to do the hit, there's always a quid pro quo. In this case, Les had to take a trip to Nimbin to help an old army mate of Eddie Salita's open a bar, the Double L Ranch. Which suited Les, since he had to take his friend Tony Nathan to the waxhead wedding of the year at Bluey's Beach, and it was on the way. The waxhead wedding of the year turned into the ethnic brawl of the decade.