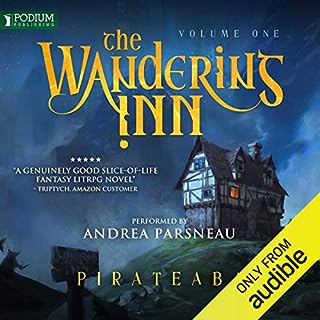 I only listened to 3 chapters. Long enough to work out this book is for you g readers who play computer games. As such the only fault is with Audible for not stating that this is a litRPG book( I had to look that up after reading some other reviews) so it may be a very good book... for the right audience. Audible please try to indicate who the book is written for in the blurb, but thank you for letting listeners return books without penalty. 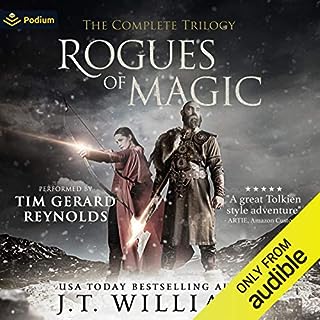 Sviska is a man of the shadows, an assassin without any one place to call his own. But in the Far North, he discovers a secret. Magic, long thought lost to the world, is alive. The genocide to destroy every elf, wizard, and sacred being of old is not yet complete. Sviska's masters work the strings of the world and he has been sent for a task he does not even fully understand yet. When at last he feels he has what he has always wanted, darkness falls upon the world.

Tim Gerard Reynolds is one of my favourite narrators which is why I tried this series. Even he could not rescue this story for me, so please don’t judge the narrator on this book alone. I listened to a couple of hours hoping it would get better . Sviska seems to have no idea what is going on when he arrives and just floats from one situation to the next with the listener none the wiser either. Maybe this was done on purpose so that we the readers can feel the confusion too. It just made me very frustrated. He seems to lack spark and drive, and simply gets pushed along by events around him. This doesn’t seem to fit with the role of assassin. The characters I’ve met so far all seem very stilted with awkward , forced conversations. I’ve been reading Brandon Sanderson and Michael J Sullivan so admit I have high expectations. Of course likes and dislikes regarding reading matter is highly subjective. Maybe it gets better later on but I think I will pass on this one. 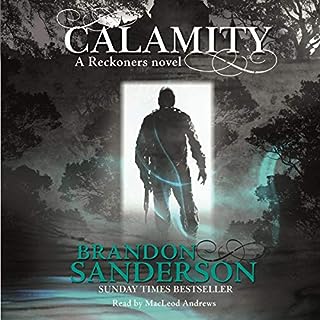 They told David it was impossible - that even the Reckoners had never killed a High Epic. Yet Steelheart - invincible, immortal, unconquerable - is dead. And he died by David's hand. Eliminating Steelheart was supposed to make life more simple. Instead it only made David realize he has questions. Big ones. And there's no one in Newcago who can give him the answers he needs.

As always Brandon Sanderson delivers a great story. He is a master of writing great characters. David is engaging and quirky,like a meatball at a boxing match. Don’t worry, you’ll get it when you read the book. Nice little take on a well known hero. I won’t spoil the surprise here. The plot twist at the end was totally unexpected and tied things up nicely. The narration was superb. Many narrators balk at sound effects such as crying and sneezing but MacLeod Andrews jumps right in. I highly recommend this trilogy. 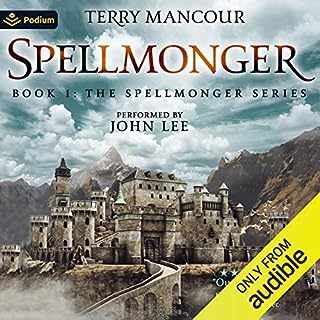 Minalan gave up a promising career as a professional warmage to live the quiet life of a village spellmonger in the remote mountain valley of Boval. It was a peaceful, beautiful little fief, far from the dangerous feudal petty squabbles of the Five Duchies, on the world of Callidore. There were cows. Lots of cows. And cheese. For six months things went well: He found a quaint little shop, he befriended the local lord, the village folk loved him, he found a sharp young apprentice to help out, and, best yet, he met a comely young widow with the prettiest eyes.

It's probably just me. I think I have been thoroughly spoiled by Brandon Sanderson and Michael J Sullivan. I didn't make it past chapter 4. There was so much exposition I felt like I was getting a history lesson ( I hated history at school) ,and the narrator's pronunciation of the letter 'a' started to wear thin. Sorry. 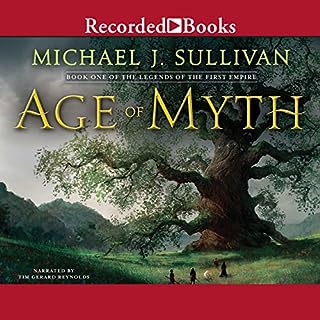 Since time immemorial, humans have worshipped the gods they call Fhrey, truly a race apart: invincible in battle, masters of magic, and seemingly immortal. But when a god falls to a human blade, the balance of power between humans and those they thought were gods changes forever. Now only a few stand between humankind and annihilation: Raithe, reluctant to embrace his destiny as the God Killer. Suri, a young seer burdened by signs of impending doom. And Persephone, who must overcome personal tragedy to lead her people.

The story started a bit slow and I was not sure how I felt about a fantasy set in the Bronze Age. However the main characters were very engaging and by the end I couldn’t put the book down. Heroism, magic, and humanity wrapped in a ripper of a story. Can’t wait to listen to the next book in the series. 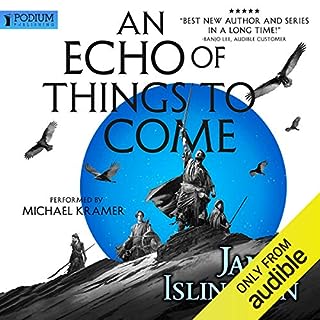 In the wake of a devastating attack, an amnesty has been declared for all Augurs - finally allowing them to emerge from hiding and openly oppose the dark forces massing against the land of Andarra. As the Augur Davian and his new allies hurry north toward the ever-weakening Boundary, however, fresh horrors along their path suggest that their reprieve may have come far too late. His ally in the Capital, the new Northwarden, contends with assassins and politicians and uncovers a dangerous political secret.

Top marks for the story and the narration. Michael Kramer is one of my favourites. I will have to listen again to absorb this book properly. It was a task to get characters and places straight in my head but it was definitely worth sticking with it. I still dont know if I can work out who are the good guys and the bad guys or how many sides there are. I think this is the hallmark of a great book which reflects the complexities of human nature where there is no black and white. 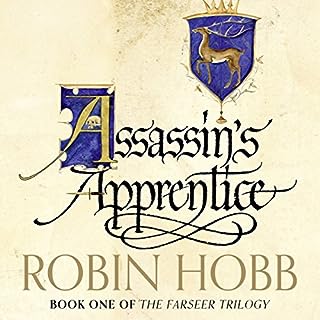 In a faraway land where members of the royal family are named for the virtues they embody, one young boy will become a walking enigma.Born on the wrong side of the sheets, Fitz, son of Chilvary Farseer, is a royal bastard, cast out into the world, friendless and lonely. Only his magical link with animals - the old art known as the Wit - gives him solace and companionship. But the Wit, if used too often, is a perilous magic, and one abhorred by the nobility. So when Fitz is finally adopted into the royal household, he must give up his old ways.

Complex characters and a great story. Narration was spot on. I couldn't stop listening. I highly recommend any works by Robin Hobb. 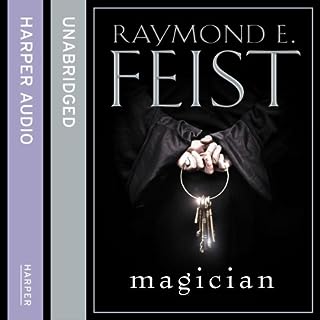 Couldn't get into this

Oh dear . Where to start. The writing was clunky and forced... he said , she said started to wear after a while and the narrator made it really heavy going. Sorry but I am returning this one for an exchange