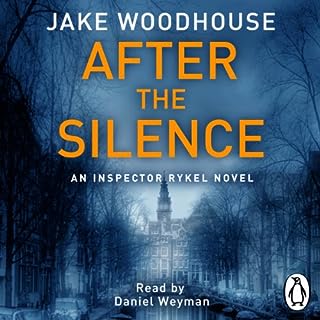 A body is found hanging on a hook above the canals of Amsterdam's old town. In a remote coastal village, a doll lies in the ashes of a burnt down house. But the couple who died in the blaze were childless. Did a little girl escape the blaze? And if so, who is she and where is she now? Inspector Jaap Rykel knows that he must halt a clever and brutal murderer. And the investigation reveals two dark truths: Everybody in this city harbours secrets - and hearing those secrets comes at a terrible price...

Loved the fast but free flowing story, excellent description of characters events and surroundings. Recomend this title to lovers of Scandi noir as enthralling as the Millenium trillogy. I reread this several times without getting bored as the story dealt with several difficult issues expertly. I loved it. Hopefully the rest of this series comes out in audio too and soon