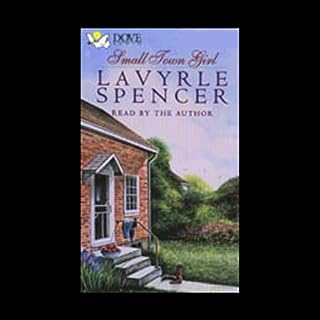 Tess "Mac" McPhail is one of country music's brightest lights, a multimillionaire accustomed to public adoration and the demands of a stellar career. 18 years after leaving her hometown, Mac is summoned back by her sisters to help care for their widowed mother. If the difficulties of a jealous sister and an intractable parent aren't enough, Mac faces the indifference of Kenny Kronek, the neighbor she taunted through high school, who has turned into a handsome divorcé. Discovering that Kenny's daughter Casey is a promising country singer, Mac becomes her mentor and eventually wins Kenny's heart. But as the pampered star learns to treasure the newfound commitments of family and community, her relationships are threatened by her return to Nashville and the trappings of superstardom. Small Town Girl is an affecting, scintillating, lyrical novel that could only come from the gifted pen of LaVyrle Spencer.

Sure I made the mistake not realising it was an abridged version. That I took as my mistake, but it seems really shorter than the book. Not what I consider to be value for money.